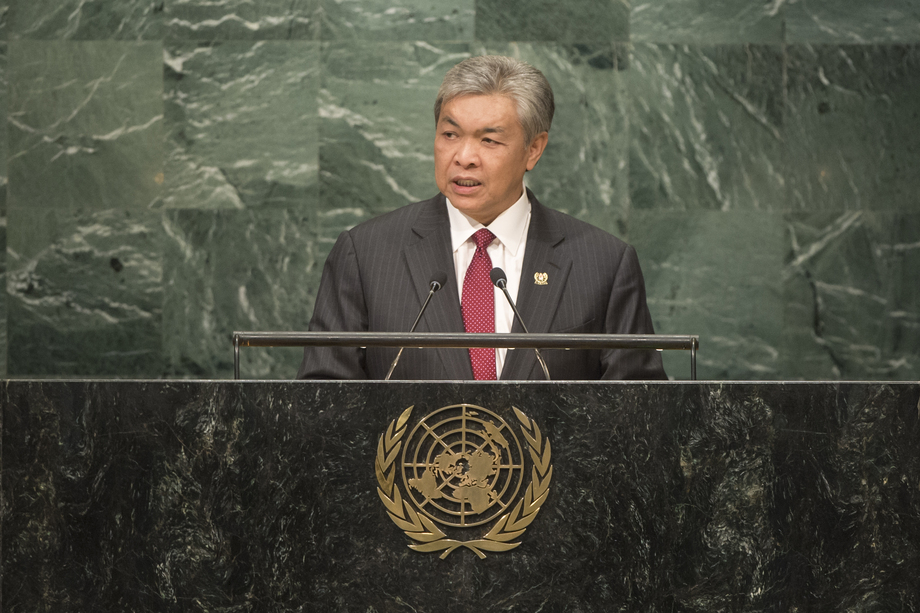 AHMAD ZAHID HAMIDI, Deputy Prime Minister of Malaysia, said that his Government’s national development plan was based on three pillars — increasing incomes, focusing on inclusiveness and promoting sustainability.  Malaysia had initiated several programmes that would provide technical and vocational training to facilitate the entry of young professionals into the labour market, and to establish the country as the start-up capital of Asia, he said.  However, sustainable development could be hampered by the devastating impacts of climate change, as witnessed by various small island developing States.  The phenomenon presented “an existential threat to their subsistence”.

He went on to point out that the world had witnessed an increase in the intensity and frequency of climate-related disasters, such as landslides and coastal erosions, which had affected livelihoods, economic activity and the safety of populations.  “If left unchecked, I am afraid climate change could, in fact, constitute the greatest threat multiplier for global security,” he warned.  The international community must follow through with the commitments made in Paris, he said, noting that Malaysia had committed to reducing its greenhouse-gas emission intensity of GDP by up to 45 per cent by 2030.

Turning to peace and security, he noted that the international community continued to witness horrific acts by non-State actors.  However, the fight against extremists would not be won exclusively through the use of force or punitive measures, which was why Malaysia had focused on de-radicalization and rehabilitation programmes to change the mindsets of radicalized individuals, in addition to complementary forms of humanitarian assistance to help them reintegrate into society.  The success rate of those programmes had been around 97.5 per cent, he said, adding that the Government was prepared to share its experience with other countries since “no nation is immune to the threat posed by international terrorism”.