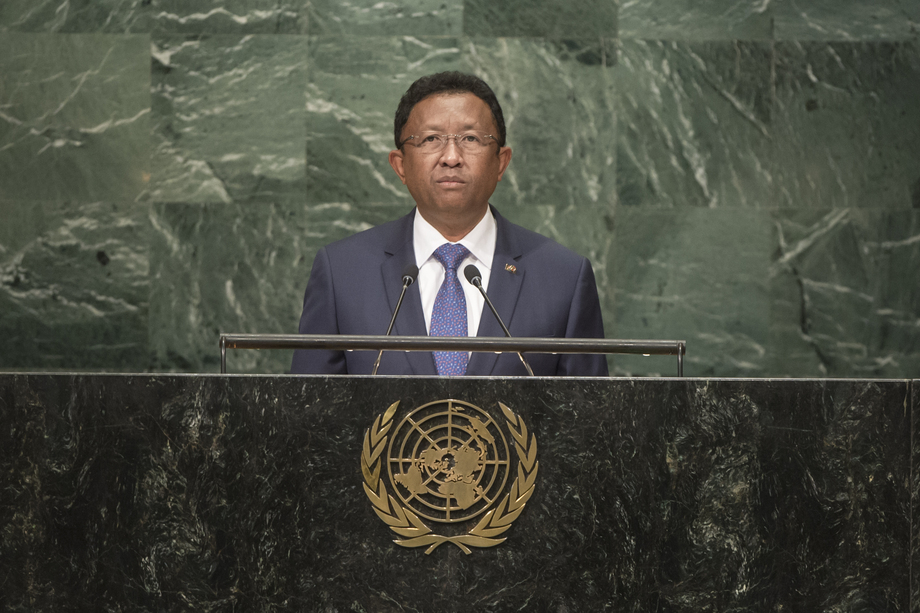 HERY MARTIAL RAJAONARIMAMPIANINA RAKOTOARIMANANA, President of Madagascar, said that health, education and food security were among the most significant goals on his country’s development agenda.  An initiative to provide universal health-care coverage had been rolled out, with a focus on improving the lives of the most vulnerable groups in the country.  Vaccination programmes were also being strengthened, and the collaboration with the World Health Organization (WHO) and the United Nations on combating HIV and AIDS continued.  In the education sector, tens of thousands of teachers had been recruited, with the aim to enhance children’s school participation.

However, to improve food security, Madagascar must modernize its agricultural sector, promote sustainable farming and ensure food autonomy, he said.  Much of the country had been in the grips of draught, causing severe food insecurity.  Critical food programmes had been initiated to support the population in that dire situation.

Madagascar was one of the countries permanently suffering from the devastating effects of climate change, which was one of the main causes of food insecurity, he continued.  While the country took great responsibility in sustainably managing its natural resources, it also expected an equitable distribution of resources and capital from the Green Climate Fund, as well as and transfer of technology.  He reiterated his appeal for investments from the international community and private investors, especially in the electricity, infrastructure and water distribution sectors.

In regards to the Glorieuses, Juan de Nova, Europa and Bassas da India islands, he said that his country was delighted to have restarted negotiations with the French Government.  The aim was to reintegrate those islands with Madagascar, as they had been “arbitrarily separated from the country”.