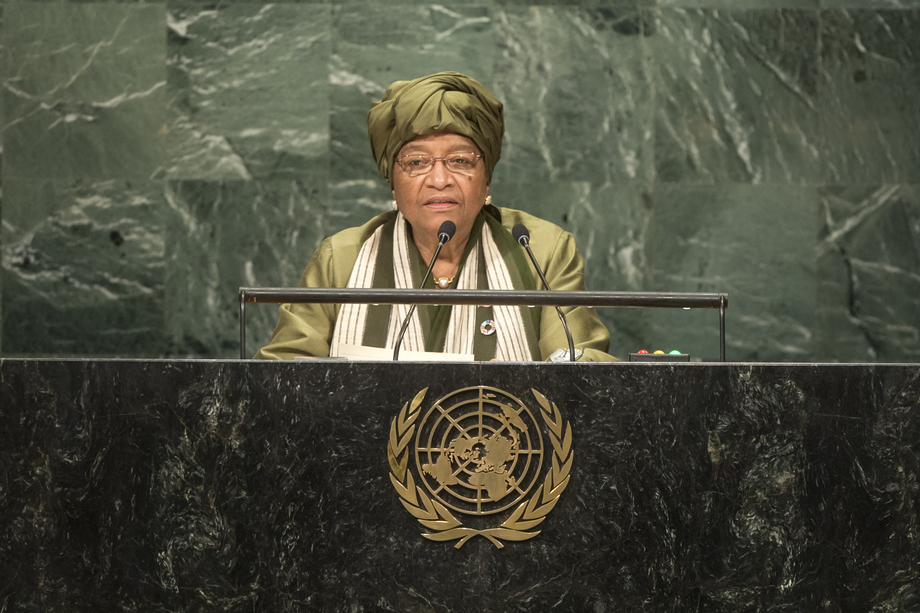 ELLEN JOHNSON-SIRLEAF, President of Liberia, welcomed the International Organization for Migration (IOM) into the mainstream of the United Nations.  She anticipated a cogent inter-agency dialogue between the IOM and the United Nations High Commissioner for Refugees.  Liberia also called for reforming the United Nations, particularly the Security Council.

Conflicts in many parts of the world were escalating, and there was a rise in terrorism, extremism, xenophobia, and violence that threatened global political, social, and economic stability, she said.  Collective concerted action was necessary.  At the subregional level, the Economic Community of West African States (ECOWAS) had demonstrated its commitment to combating terrorism in Mali, Côte d’Ivoire, Burkina Faso, Nigeria, and other parts of the subregion.  The African Union was also undertaking efforts in Mali, South Sudan, and with the Great Lake Chad Basin Force to combat Boko Haram.  As Chair of ECOWAS, Liberia confirmed it was unwaveringly committed to continue regional efforts at integration.

The United Nations Mission in Liberia (UNMIL) had worked in that country since the end of the conflict there in 2003, she said.  The drawdown of the mission was successfully executed on 30 June 2016, when Liberian security agencies assumed full responsibility for security.

Liberia had embarked on a process of domesticating the Sustainable Development Goals through robust nationwide consultations and dialogues with major stakeholders, including the legislature, executive, judiciary, private sector, civil society, and faith-based organizations, she continued.  Liberia was formulating a road map to achieve full integration into its national development agenda.  With 43 per cent of the biodiversity in the West African region, Liberia was mindful of the imperative of protecting the environment from the effects of climate change.  The country was committed to sustainable land and forest governance and management.