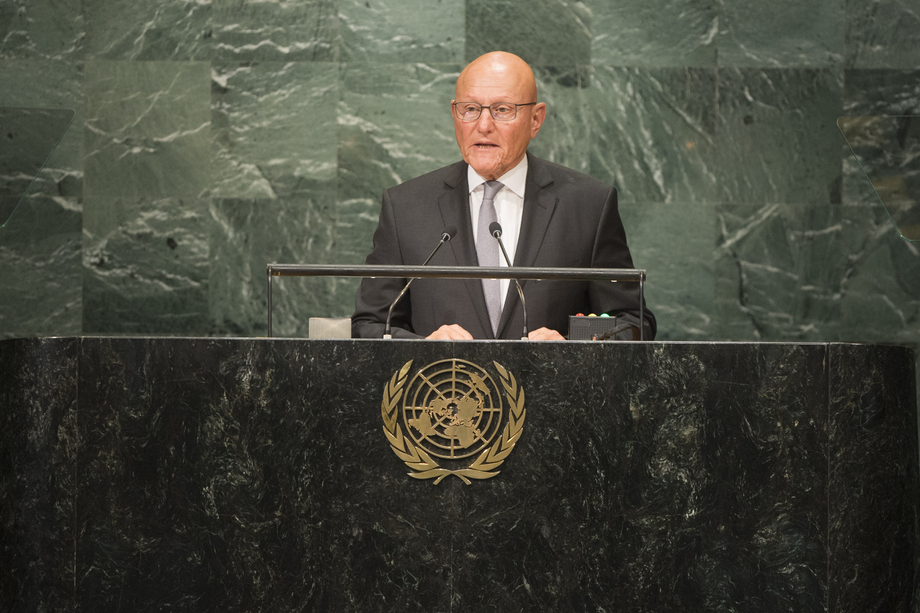 TAMMAM SALAM, President of the Council of Ministers of Lebanon, said that the political crisis in his country had led to a quasi-paralysis of the legislative authority and had negative repercussions on his country’s economy.  Due to external factors influencing his country, the vacancy of the Presidency was not solely in the hands of the Lebanese people.  He called on all who were keen to avoid new tensions in the region to help bring about a solution.

The displacement crisis resulting from the situation in Syria had created an unbearable burden that exceeded his country’s capacities.  Lebanon was currently hosting one third of the Syrian population, and was carrying out this duty with insufficient support from the international community.  Its needs as a host country were not commensurate with the pledges that had been made.  He urged the United Nations to work with concerned parties on an effective plan.  His country was not a permanent asylum for displaced Syrians, he stressed.

Lebanon was still suffering from terrorism, he said, underscoring the importance of regional and international cooperation in fighting the scourge.  Isolationist tendencies and the unhealthy promotion of Islamophobia was not a panacea to combat terrorism.  Rather, it was a recipe for the emergence of extremist and racist tendencies.  Combating terrorism was a long-term process that addressed deprivation and injustice, and sought to meet people’s demands for freedom and equality.  Reiterating his country’s commitment to Security Council resolution 1701 (2006), he called for the international community to compel Israel to halt its violations of Lebanese sovereignty and to fully cooperate with the United Nations Interim Force in Lebanon (UNIFIL) to demarcate what was left of the “Blue Line”.