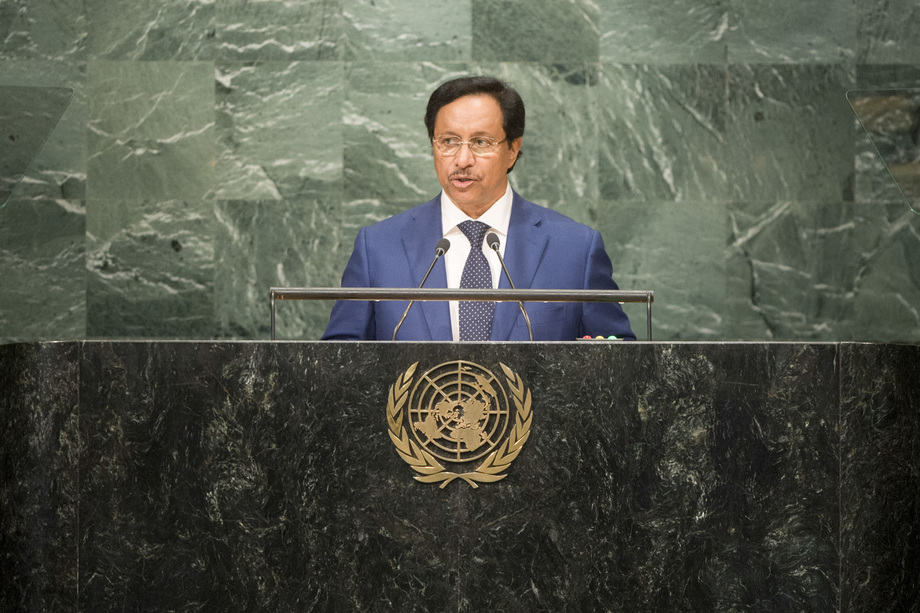 SHEIKH JABER AL-MUBARAK AL-HAMAD AL SABAH, Prime Minister of Kuwait, called upon the Special Envoy of the Secretary-General for Yemen to intensify efforts on resuming peace talks.  He also strongly condemned the intentional targeting of residential areas, civil and medical facilities in Syria, demanding that those responsible of perpetrating war crimes be brought before the international justice system.  To support the delivery of humanitarian relief to the people of the war-torn country, Kuwait had hosted three donor conferences with total pledges exceeding $7 billion, $1.3 billion of which had been contributed by his country.

On the matter of international terrorism, he stressed that “no one country by itself, no matter how much it tries, can confront or eliminate it”.  Emphasizing that terrorism to any nationality or religion was “morally impermissible”, he noted that Kuwait continued to support Iraq and commended the progress made by the Iraqi Government in retaking territory.  However, the conflict between Israel and Palestine was having a destabilizing effect on the region as a whole.  It was incumbent upon the Security Council to compel Israel to implement the relevant resolutions so that the Palestinian people could attain their legitimate political rights.

In regards to Kuwait’s relations with Iran, he said that he looked forward to cooperating with the country.  Their constructive dialogue should be based on mutual respect for the sovereignty of States and the principle of non-interference, he emphasized.  In light of that, Iran should end the occupation of the three Emirati islands and aim to resolve the lingering issue either through direct negotiations or resorting to the International Court of Justice.