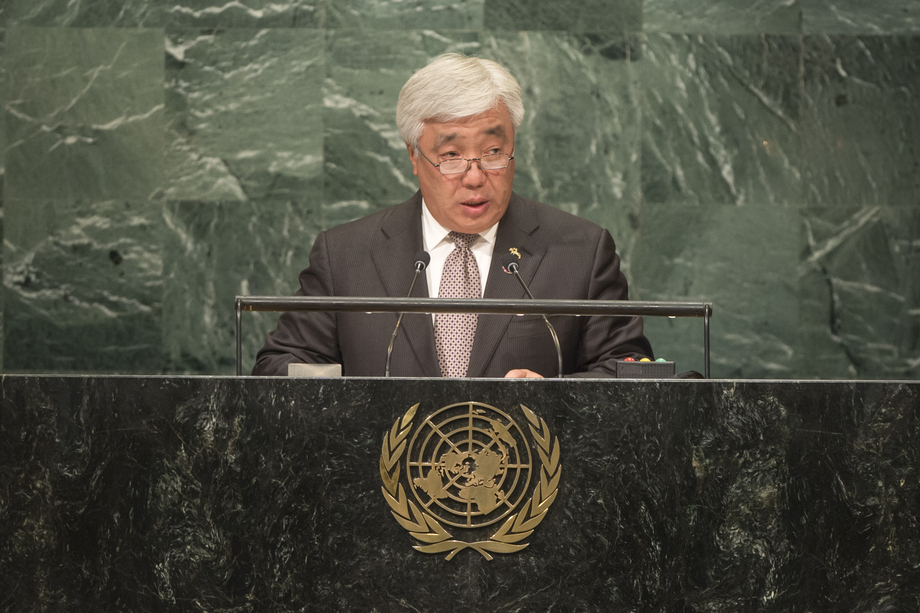 ERLAN IDRISSOV, Minister for Foreign Affairs of Kazakhstan, said the United Nations faced tremendous challenges, including issues of migration and a global economic slowdown that affected all nations and could lead to the weakening of the World Trade Organization (WTO) and a round of damaging protectionism.

A lack of trust between major nations and regional groups prevented completion of nuclear disarmament, he said.  As a country which 25 years ago had closed the largest nuclear test site on its soil and renounced the world’s fourth largest nuclear arsenal, Kazakhstan had the full moral right to pursue disarmament.  Kazakhstan initiated the General Assembly resolution on a nuclear weapons-free world that was adopted in 2015, and 2016 was the tenth anniversary of the Central Asian Nuclear-Weapon-Free Zone.  Kazakhstan supported the establishment of similar zones across the globe.  However, international negotiations on nuclear disarmament had stalemated while numerous loopholes in international law were exploited to use nuclear technology for military purposes.  His country stood for a complete ban on nuclear tests and believed the irresponsible acts of the Democratic People’s Republic of Korea undermined security around the world.

Stressing that the existence of military blocs could create situations where the security of some countries were secured at the expense of others, he said that Kazakhstan had declared war on war.  Sanctions were counterproductive, creating new division lines that alienated nations.  Genuine security was based on dialogue.  Kazakhstan was committed to strengthening United Nations peacekeeping as a pillar of the United Nations system.  Noting that this was the twenty-fifth anniversary of his country’s independence, he said that some in 1991 had “doubted Kazakhstan’s ability to survive as a sovereign nation”.  However, Kazakhstan had turned into a stable middle-income country and a respected member of the international community, and it took its election to the Security Council for 2017-2018 “with utmost seriousness and pride”, he said.