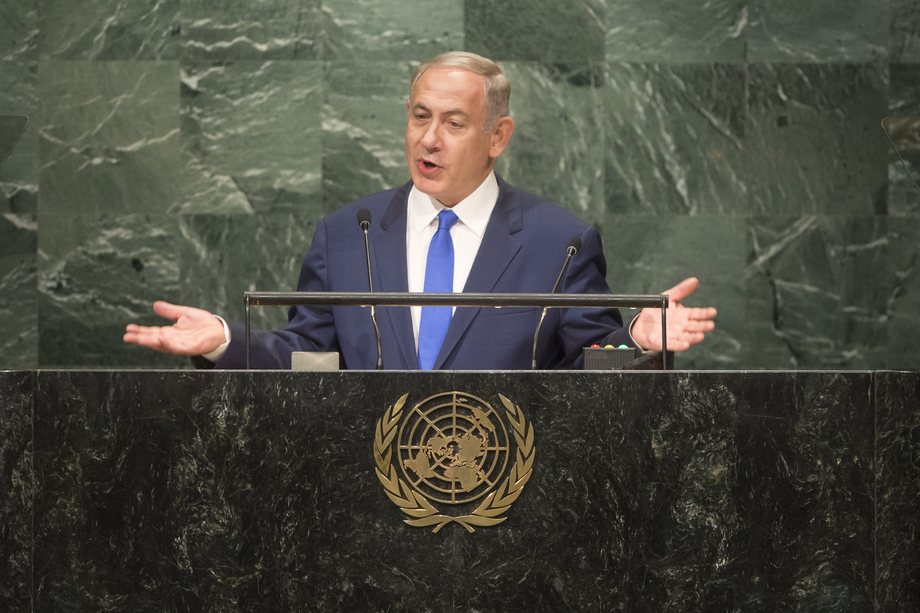 BENJAMIN NETANYAHU, Prime Minister of Israel, said that despite consistent bias against his country, Israel had a bright future at the United Nations.  Governments around the world were rapidly changing the way they perceived his country, relying on Israel for its proven capabilities in the areas of terrorism, technology, cybersecurity and water.  The most profound changes were taking hold in the Arab world, where States in the region were recognizing that Israel was not their enemy, but their ally.  Their common enemies were Iran and ISIL, and their common goals were security and peace.  As such, Israel’s diplomatic relations were “undergoing nothing less than a revolution”.  His country’s most cherished relationship remained with the United States.  On that note, he expressed gratitude for that country’s commitment to its long-standing policy towards Israel.

He condemned the President of the State of Palestine, Mahmoud Abbas for his remarks to the General Assembly, specifically his attack on the Balfour Declaration, which recognized the Jewish people’s right to its homeland.  President Abbas was stuck in the past as he had persistently refused to recognize those rights.  The conflict between the two countries had never been about settlements; it had always been about the existence of a Jewish State, a right that was non-negotiable.

He called on Abbas to make a choice to help establish peace between both their peoples, adding that, while many had given up on peace, he had not.  He remained committed to a vision of two States for two peoples.  Changes taking place in the Arab world offered a unique opportunity to advance that peace.  He applauded the Arab Peace Initiative and welcomed a broader dialogue with Arab States.  He also emphasized that he was ready to begin negotiations today, inviting President Abbas to speak to the Israeli people at the Knesset, and in turn, he would address the Palestinian people in Ramallah.

Many had suffered from the savagery of extremist Islam, he said, with the heaviest price being paid by innocent Muslims.  To defeat the forces of militant Islam, the international community must fight them relentlessly, dismantle their networks and disrupt their ideology.  In his country, that battle was fought every day.  Nevertheless, the greatest threat to his country, his region and ultimately, the world, remained Iran, he said, recalling how that country had fired ballistic missiles in direct defiance to Security Council resolutions and continued to build its global terror network.  Iran posed a threat to the entire world; that threat was not a past one, but a current one.  He called for the international community to push back, adding that although the regime’s nuclear constraints had been lifted, his Government would not let them develop nuclear weapons.