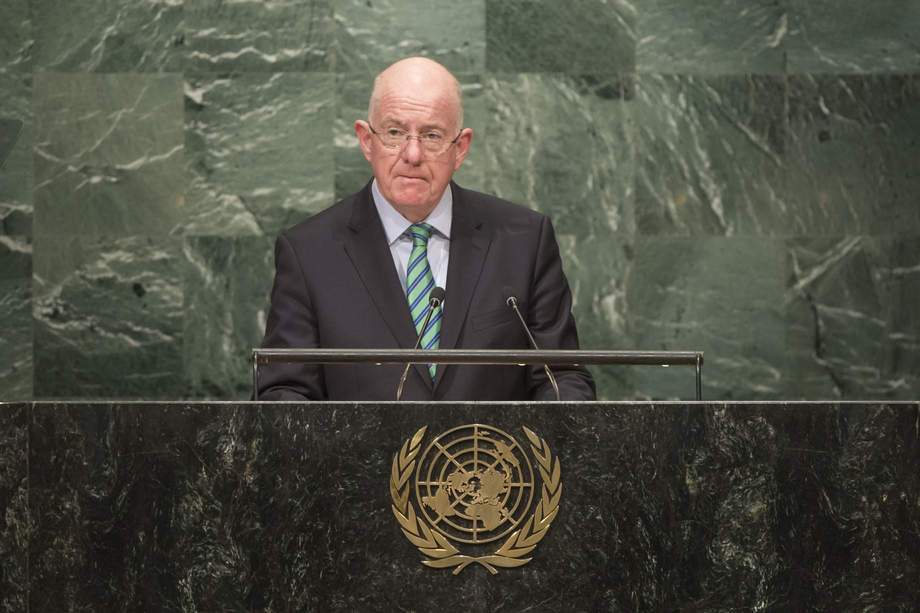 CHARLES FLANAGAN, Minister of Foreign Affairs and Trade of Ireland, said the Sustainable Development Goals had the capacity to address many of the root causes of mass migration, including poverty, inequality and climate change.  In tandem with long-term development efforts, a multilateral response was needed to address the more urgent needs of migrants and refugees, he said, noting that his country was doing its part through a €60 million pledge in support of the Syrian people, and its participation in a European Union resettlement programme.  In addition to humanitarian relief, greater investment was needed in conflict prevention and post-conflict reconciliation, he said, emphasizing the importance of ensuring greater representation of women in those and other activities — a goal that Ireland would prioritize during its membership of the Commission on the Status of Women in 2017.

He welcomed the French initiative to revive the stalled Middle East peace process and reaffirmed his support for United Nations efforts to bring an end to the conflict in Syria through dialogue and diplomacy.  Turning to Africa, he called for a “transparent, accountable and human-rights-based resolution” of the continent’s numerous conflicts, which were undermining sustainable development efforts.  While reaffirming Ireland’s commitment to United Nations peacekeeping operations, he emphasized his country’s absolute condemnation of sexual exploitation and abuse by peacekeepers.  “Ireland calls for an end to impunity for these crimes,” he said, stressing his country’s commitment to hold its own troops accountable for their behaviour while deployed overseas.  Finally, he called for Security Council reform and for African representation, in particular.