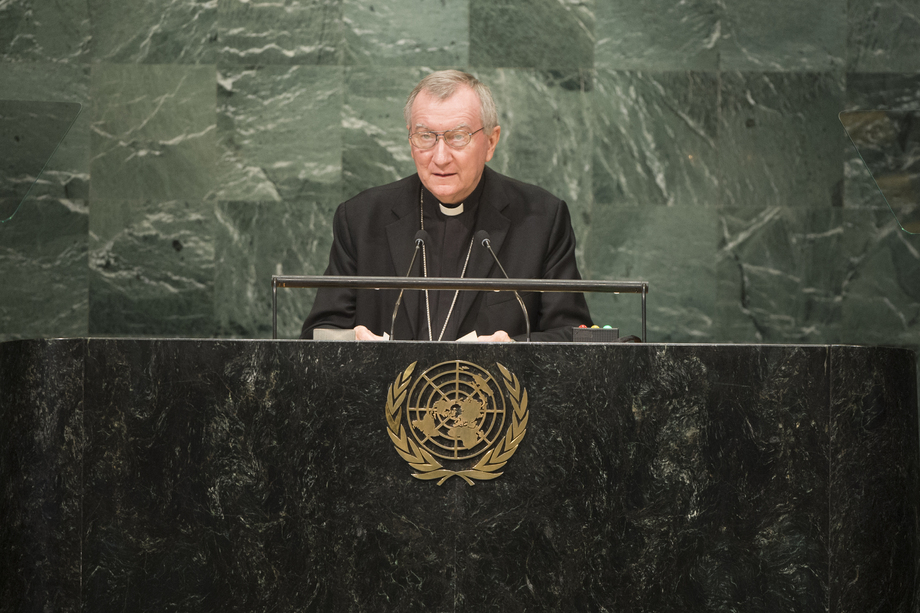 PIETRO PAROLIN, Secretary of State of the Holy See, said that, without a stable financial situation, lasting investments and a commercial appraisal that favoured internal growth, the 2030 Agenda would be impossible to achieve.  “Pope Francis has emphasized that economics and politics, society and culture cannot be dominated by thinking only of the short-term and immediate financial or electoral gains,” he added.  Instead, world leaders must be redirected to the common good, which included sustainability and care for creation.  The environments of poorer nations must be treated with respect and be provided with the financial resources needed to deal with climate change.  Development, especially integral human development, could not be imposed; men and women must themselves be principal agents of change.  Moreover, human development would be impossible without peace.  Conflicts not only rendered the attainment of sustainable development impossible but also destroyed many human resources and cultural heritage.

War created a downward spiral from which there was often no escape, he went on to say.  It also increased political polarization while narrowing the space in which the same international community could propose effective solutions for a stable and lasting peace.  Failed attempts at resolving the crises in Syria and Iraq, as well as establishing peace between Israelis and Palestinians had dampened the hopes of generations.  Conflicts in South Sudan, the Great Lakes and eastern Ukraine had also brought about immense suffering.  He called for the “uproar of arms” in Syria to cease so that peace might stand a chance and for Israelis and Palestinians to abstain from unilateral or illegal measures.  He also praised Lebanon, Jordan and Turkey for the hospitality they had offered to millions of refugees from Iraq and Syria.  Appealing to other countries to do their part, he said:  “Mercy is the fundamental law that dwells in the heart of every person who looks sincerely into the eyes of his brothers and sisters on the path of life.”