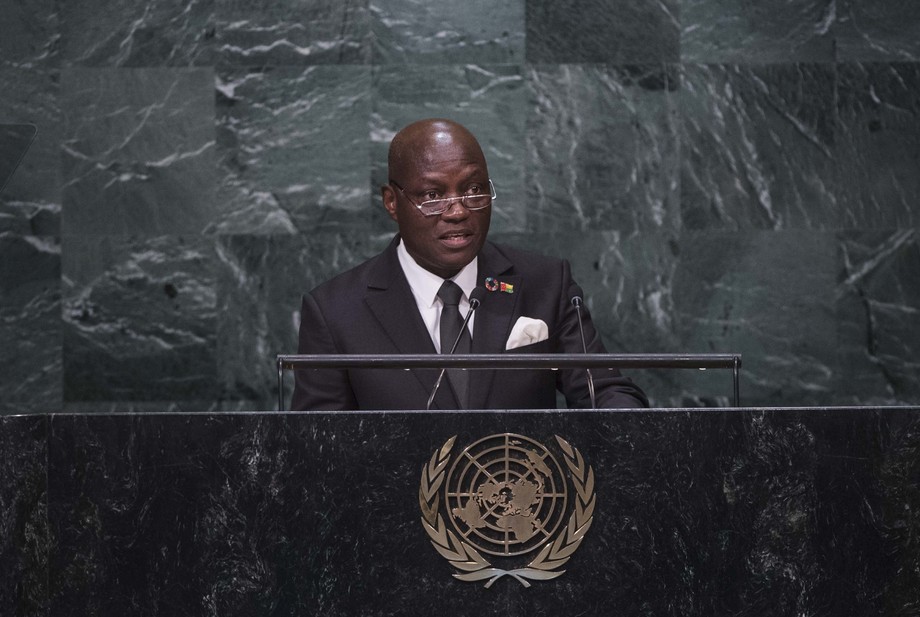 JOSÉ MÁRIO VAZ, President of Guinea-Bissau, said the General Assembly’s current session was an opportunity to strengthen commitments in pursuit of the 2030 Agenda and the Addis Ababa Action Agenda for financing development.  Those commitments must be respected.  Guinea-Bissau was strongly committed to doing its part.  Its National Development Plan was in line with many of the Sustainable Development Goals, he said, adding that it was the political will of the nation’s leaders to adjust their strategic plan to fully accommodate all 17 Sustainable Development Goals.

Discussing the political situation in Guinea-Bissau, he said a recently signed agreement to overcome roadblocks in Parliament — concluded after mediation by the Heads of State of Guinea Conakry and Sierra Leone — marked an important step towards easing political tensions and ensuring stability.  Its endorsement by the Heads of State of the Economic Community of West African States (ECOWAS) and the international community opened a window of hope.  He requested the United Nations to support national reconciliation, the participation of Guinea-Bissau’s armed forces in peacekeeping missions and the implementation of security sector reforms, including funding for the reintegration of demobilized troops.

He expressed solidarity with victims of terrorism, noting that West Africa figured in the geography of terrorism.  Calling for implementation of the Paris Agreement, he said climate change was an emerging risk for Guinea-Bissau, where rising sea levels threatened much of its territory.  The country was therefore highly interested in participating in the high-level United Nations conference to support the implementation of Sustainable Development Goal 14 that would be held in New York in 2017.

He welcomed rapprochement between the United States and Cuba, and called for implementation of a two-State solution in the Middle East.  He went on to thank the Secretary-General, the Security Council and the Peacebuilding Commission for monitoring the situation in Guinea-Bissau even amid the multiple challenges facing the world.  His country was counting on its partners’ help in making economic development an engine for peace and stability.  He also reiterated appreciation for the United Nations Integrated Peacebuilding Office in Guinea-Bissau (UNIOGBIS), the role of which had been indispensable.