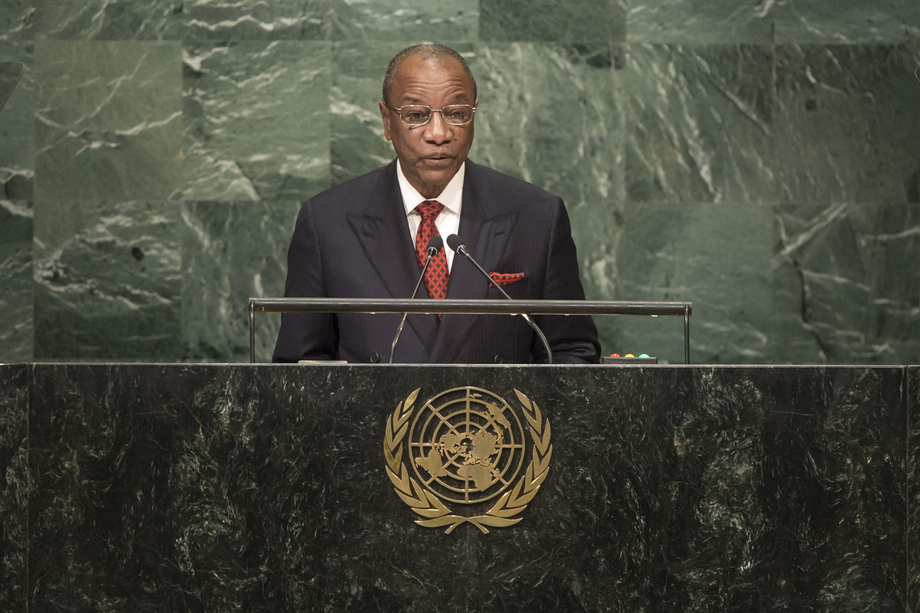 ALPHA CONDÉ, President of Guinea, said that Africa — the continent with the world’s youngest population and some of its most vulnerable countries — required particular attention in the implementation of the 2030 Agenda on Sustainable Development.  To reduce that vulnerability and build up the continent’s resistance, Africa needed deep structural transformations and a vibrant private sector.  Public policies must integrate the needs of the most vulnerable, youth and women in particular, in order to enable them to realize their full potential, he said.  Partnerships and financing were equally needed to accelerate growth.

Sustainable access to energy was another challenge to Africa, he continued, pointing out that 700 million Africans lacked access to electricity.  A robust plan for the continent’s electrification was needed within the framework of the Paris Agreement.  With that in mind, he called upon the international community, global financial institutions in particular, to work with the continent to help build a strong Africa.

At the same time, he said, Guinea was proud of its contribution to The United Nations Multidimensional Integrated Stabilization Mission in Mali (MINUSMA), notably its deployment of a battalion of 850 men to Kidal.  Guinea had paid a heavy price with the loss of nine soldiers in less than one year, he said, emphasizing that much must be done to ensure Mali’s sovereignty and improve its capability to prevent future attacks, he said.

Turning to the Ebola outbreak, he cautioned that, while the victory in ending the outbreak was something for all to celebrate, the road ahead was long.  The disease had undermined all economic activities in Guinea and made women and young people especially vulnerable.  He expressed gratitude to all partners that had allowed Guinea, as well as Liberia and Sierra Leone, to re-engage quickly on the road to sustainable development.