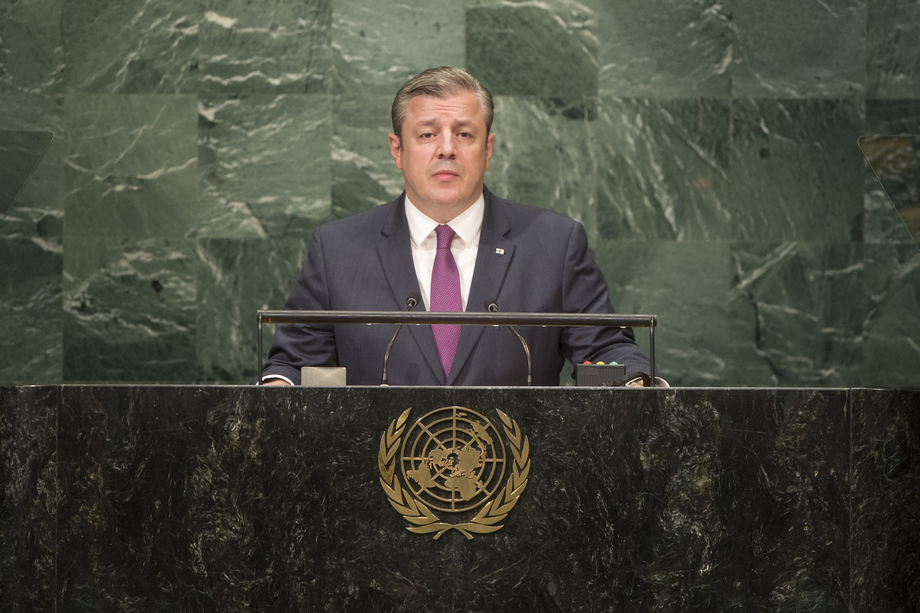 GIORGI KVIRIKASHVILI, Prime Minister of Georgia, noted that his country had promoted the values of the United Nations since regaining independence 25 years ago, emerging from civil war to become a dynamic European democracy.  His nation had made great progress in building strong and effective state institutions, and was proud to be ranked the fifth freest economy in the world.  Georgia was an Associated Country of the European Union and an aspirant to NATO, and in the last few weeks, both organizations as well as the United States had taken actions to emphasize that Georgia’s future lay with the European and Euro-Atlantic community.  His country was also working with China and others along the Silk Road connecting East and West.

Turning to the 2030 Agenda, he said it was impressive, but observed that the international community had been unable to live up to the blueprint of the Millennium Development Goals.  Focusing on Goal 16, Georgia had made a clear break from the past by prioritizing good governance.  Its goal was to ensure maximum inclusion of all stakeholders, including by outreach to civil society.  It was further liberalizing its tax code to encourage business and investment, including the abolition of a profit tax on undistributed earnings, and its poverty and unemployment rates continued to decline.

The most important resource every nation had was its people, he said.  Education and health were therefore among his country’s top priorities.  For the first time, all Georgians had health insurance, thanks to a flagship programme for universal health care, and the country was on track to becoming one of the first countries to eliminate hepatitis C.  The Government had also taken steps to bolster the rule of law, overhauling the court systems, the prosecutor’s office, judicial ethics, attorneys’ responsibilities and had taken steps to correct past violations, particularly in prisons.

Finally, he said that Georgia was reminded every day that 20 per cent of its territory was occupied by foreign troops.  Barbed wire fences installed by the occupiers divided Georgian families and communities, and constant ethnic discrimination and human rights violations continued.  His country had been seeking a workable solution with the Russian Federation, and reaffirmed that the conflict must be resolved peacefully and with full respect to Georgia’s sovereignty and territorial integrity within its internationally recognized borders.