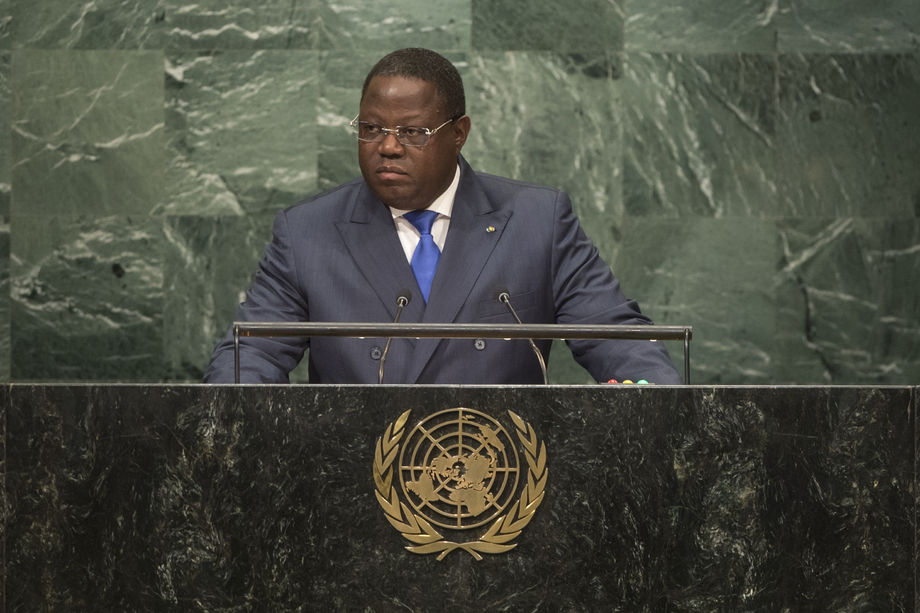 EMMANUEL ISSOZE-NGONDET, Minister for Foreign Affairs of Gabon, said the present General Assembly session was taking place following a disputed presidential election in his country.  Yesterday, the Constitutional Court had reaffirmed the victory of Ali Bongo Ondimba as President and Head of State.  Recalling that the Government had institutionalized the use of biometric data to draw up its voters lists, and that it had welcomed over 1,200 observers and 200 foreign journalists to ensure the election was fair and democratic, he said there had nevertheless been several violent incidents and loss of life associated with the election.  President Ondimba had called for an inclusive dialogue as well as reconciliation and national unity, which were now among the country’s main goals.  Citing a number of recent international successes, including the thawing of relations between the United States and Cuba and the signing of the Paris Agreement, he said the latter now required implementation.  Gabon had begun its ratification procedure, and it looked forward to the next Conference of States Parties.

In that regard, he stressed that a major challenge that remained to be addressed was that of ensuring energy across Africa.  Noting that two thirds of Africans still lacked access to energy, he said environmental issues were at the heart of the 2030 Agenda and required sustained enthusiasm as well as concrete action.  Calling for the greater mobilization of human, financial resources and more direct involvement of the private sector, he stressed that “we must redouble our creativity” and explore new pathways of development.  For its part, Gabon had established a new Government agency to design and implement a sectoral approach to the environment, as well as other key priority issues.  It also participated actively in the fight against terrorism.  Emphasizing that more efforts were needed to cut off financing to Islamic State of Iraq and the Levant (ISIL/Da’esh), he said addressing the terrorist threat also meant resolving the crises in Libya, Syria and elsewhere.