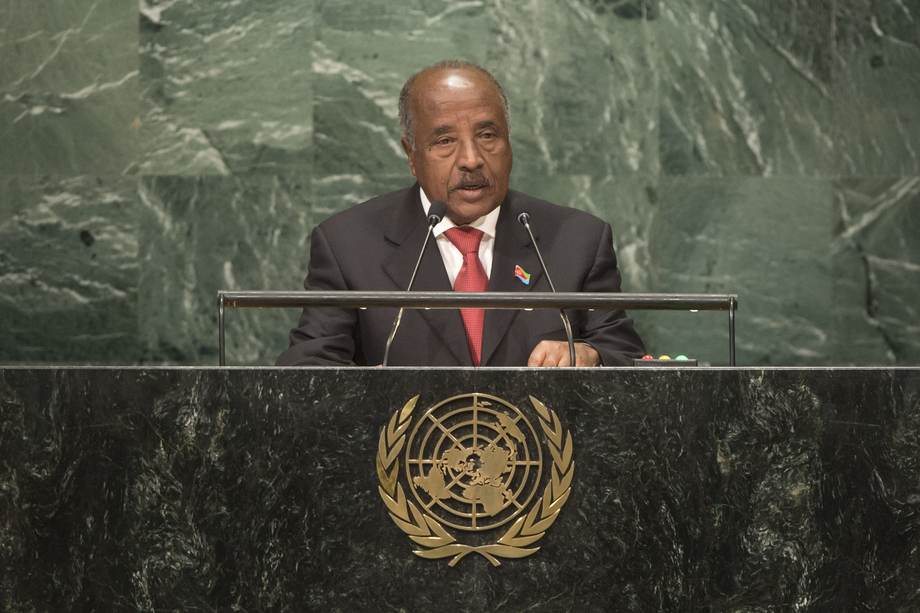 OSMAN SALEH, Minister for Foreign Affairs of Eritrea, said that sanctions imposed on his country were aimed at effecting regime change and bringing Eritrea to its knees.  “We were routinely written off, our imminent collapse predicted with regularity,” he said, adding that Eritrea was “now on the up”, with most of the Millennium Development Goals achieved and the economy rebounding.  However, the pressures, coercion and hostility that the country had faced were by no means exceptional or distinctive, he emphasized.  Misguided policies pursued over a quarter of a century had fuelled conflict, instability and extremism in the Horn of Africa.  Policies of greed and pillage as well as the reckless resort to unilateral pressure and force to secure advantage had pushed not just the region, but the world towards a dangerous path.

However, the world was still full of possibilities, he said, welcoming the voices of ordinary people as well as their actions in mobilizing and fighting the “domination of the few”.  In the Horn of Africa, the past two decades had been “a period of missed opportunities, of zero-sum game”, of repeated conflicts and setbacks.  Even today, the situation remained fraught with risk and danger, yet recent developments indicated the possibility of an opening to a new beginning, for relaunching the 1990s vision of a peaceful, progressive and economically dynamic Horn of Africa.  Eritrea was keen to build on its achievements in order to transform its economy and society, and achieve sustainable development by relying on the energy and skills of its people, he said.