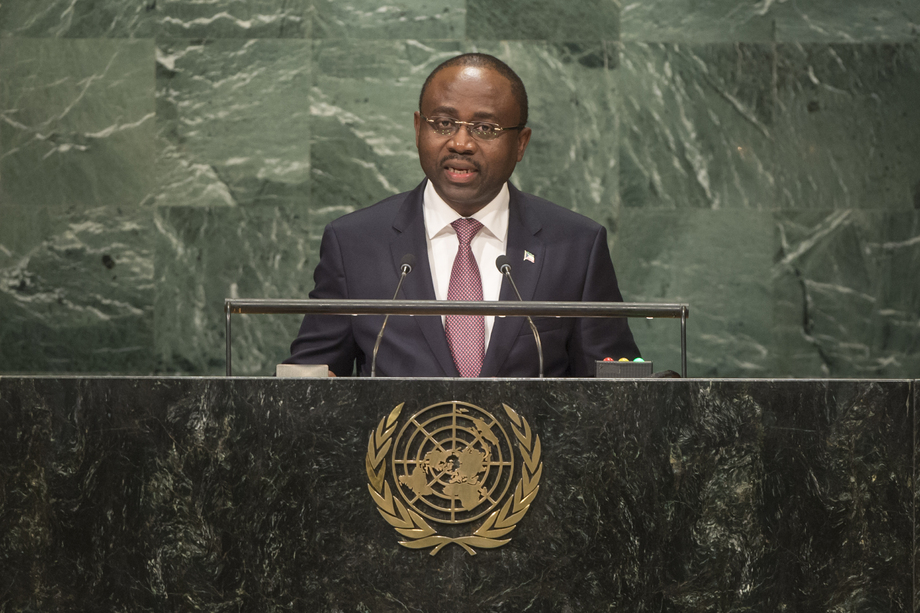 AGAPITO MBA MOKUY, Minister for Foreign Affairs and International Cooperation of Equatorial Guinea, noted that a constant wave of immigrants were fleeing conflict and seeking a safe place to live in Europe.  Terrorism had continued to affect innocent victims in all regions and remained a threat to the well-being and development of all.  Political instability endangered the lives of thousands in many countries, leading to negative consequences for growth and economic development, particularly in developing States.  Such a situation made the United Nations role increasingly essential and more valuable than ever.

Turning to the 2030 Agenda, he stressed the need to achieve its Goals, which were necessary and essential in ensuring decent lives for all.  Equatorial Guinea had mainstreamed the Goals into its Development Programme Horizon 2020, which prioritized economic transformation through sustainable growth.  One aspect of development progress it had made was in the area of health.  The WHO had recently proclaimed Equatorial Guinea one of the few States in the region that had reduced the risk of maternal mortality, thanks to preventive medicine and free vaccinations.  Economically, it had focused on diversifying its activities in fisheries, agriculture and hydro-carbon development.  Through another programme, all the country’s citizens had access to health services and clean drinking water.

Many in the world continued to live with insecurity, which had led to a serious refugee crisis, he said.  He recalled that a 13-year-old Syrian immigrant had appeared before the international press asking the world to help Syrians, who wanted to return home rather than stay in Europe.  The boy’s proposal should guide efforts to resolve the current migrant crisis.  Partnering with one of parties and supplying it with weapons only led to death and increased the flow of refugees.  All must say no to the supply of arms, stop the proliferation of nuclear weapons and end conflicts by other means.