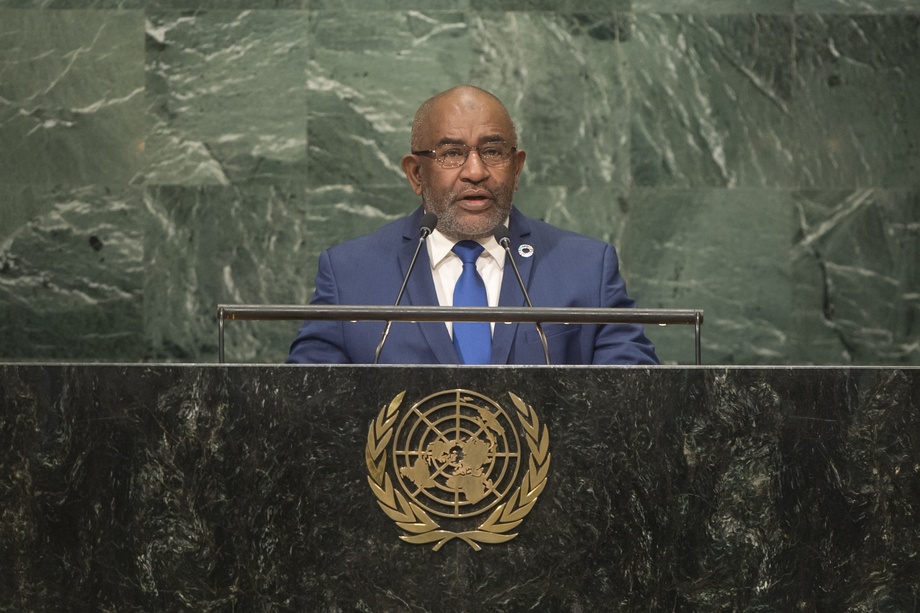 AZALI ASSOUMANI, President of Comoros, said that his country had turned a page in achieving political stability, having undergone a peaceful change of power through free, transparent and democratic elections observed by the international community.  In that context, he thanked the United Nations for having stood by his nation and expressed hope that future international assistance would help consolidate that progress.

He said that the ambitious sustainable development programme Comoros had adopted to protect the planet and improve the lives of its people had also allowed him to be optimistic about the future.  Nevertheless, sustainable development was only possible when people could live at home and were not forcibly displaced.  To that end, the plight of refugees putting their lives at risk called for urgent action, he said.

Comoros had itself been dealing with the issue of internally displaced persons moving within and among its four islands, including Mayotte, which remained under French administration, he said.  The displacement had left hundreds dead in the inlets between Mayotte and the other islands.  Despite many resolutions, the indifference of the international community had left the issue unresolved.  Nevertheless, it was to be hoped that a viable solution would be found between Comoros and France, and that dialogue would lead to a consensus-based outcome allowing all to live in peace and harmony.

Turning to the issue of terrorism, he said it had no frontiers and did not belong to any religion or civilization.  Comoros was available to work with the international community in fighting the scourge.  Conveying the trust of his people in the United Nations, he said the Organization acted with independence and sovereignty and had for decades helped resolve conflicts around the world.  At the same time, Comoros believed that poorer nations, especially those in Africa, should have a seat on the Security Council.