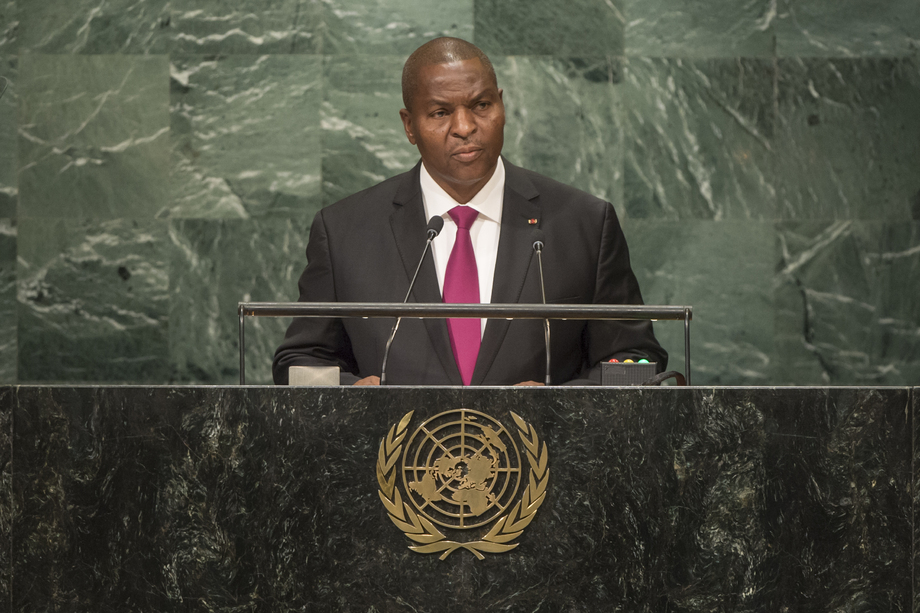 FAUSTIN ARCHANGE TOUADERA, President of the Central African Republic, said his country had returned fully to stability and constitutional legality.  In that regard, he expressed gratitude to the United Nations for the deployment of international forces to restore security.  “We invested trust in people,” he said, expressing his intention to address vast challenges facing the Central African Republic and to meet the citizens’ expectations.

“My people are determined to put an end to the cycle of violence,” he continued, emphasizing that, since he had taken office, various reforms had been introduced in areas ranging from fighting corruption to economic development.  However, the situation remained fragile, he said, while pledging that he would rebuild the country and improve living conditions.

In the area of security, the Government had introduced a disarmament, demobilization and reintegration programme as part of the peace process, he said.  In order to restore State authority, the Government had put security forces in place to ensure control of the national borders.  Other efforts included eliminating crime and money-laundering, as well as preventing terrorism and human trafficking.  Citing the progress made, he declared:  “The arms embargo is no longer justified.”

He went on to say that the Government had ensured peace and national reconciliation.  “I have every confidence that my country has resumed its place as a free and democratic State,” he added.  However, further progress would require support from the international community.  The time had come to reduce inequality between the poor and rich, he emphasized.  The Government had also launched a framework for implementation of the Sustainable Development Goals, he said.  “We want to avoid the mistakes of the past.”