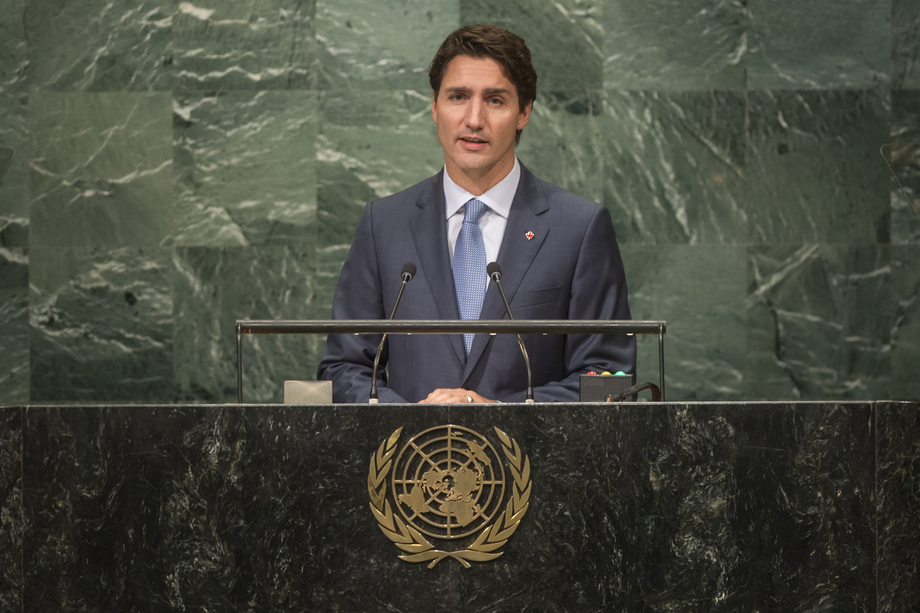 JUSTIN TRUDEAU, Prime Minister of Canada, said he had learned much from speaking with the Canadian people, including young people frustrated by the lack of employment, women still faced with discrimination and parents struggling to give their children opportunities.  While Canadians still believed in progress, that optimism was mixed with concern — an anxiety shared worldwide.  Far from exploiting those fears, leaders should work to allay them by enabling a safer, more peaceful world and creating economic growth that was broadly shared.  For Canada, that meant reengaging in global affairs through institutions such as the United Nations.  Among other things, Canada had helped to negotiate the Paris Agreement, reasserted its support for the North Atlantic Treaty Organization (NATO), strengthened its role in peacekeeping and increased its contribution to the Global Fund to Fight AIDS, Tuberculosis and Malaria.

In Canada, he continued, diversity was seen as a source of strength, not weakness.  While the country had had had many failures — from the internment of Ukrainian, Japanese and other Canadians during the Second World War to the shameful marginalization of indigenous peoples — what mattered was that it had learned from its mistakes and was committed to doing better.  To that end, Canada had recently opened its arms to thousands of Syrian refugees, welcoming them as neighbours, friends and new Canadians.  The Government had been working with the business community, civil society and citizens to help the newcomers adapt.  He also pointed out the contrast between middle-class Canadians who struggled with anxieties and middle-class Syrians, who often found themselves living in refugee camps.

Going forward, he said, Canada would continue to invest in education and infrastructure development, while working to build an economy that worked for everyone, not just for the richest 1 per cent.  It would refuse to give in to pressure to change its most profound values in order to win votes.  Indeed, strong, diverse, resilient countries such as Canada did not happen by accident, and they would not continue without effort.  “Every single day, we need to choose hope over fear” and unity over division, he stressed.  The citizens of the world were better than what the cynics and pessimists thought of them.  “People want their problems solved, not exploited,” he said, calling on the international community to work in concert to those ends.