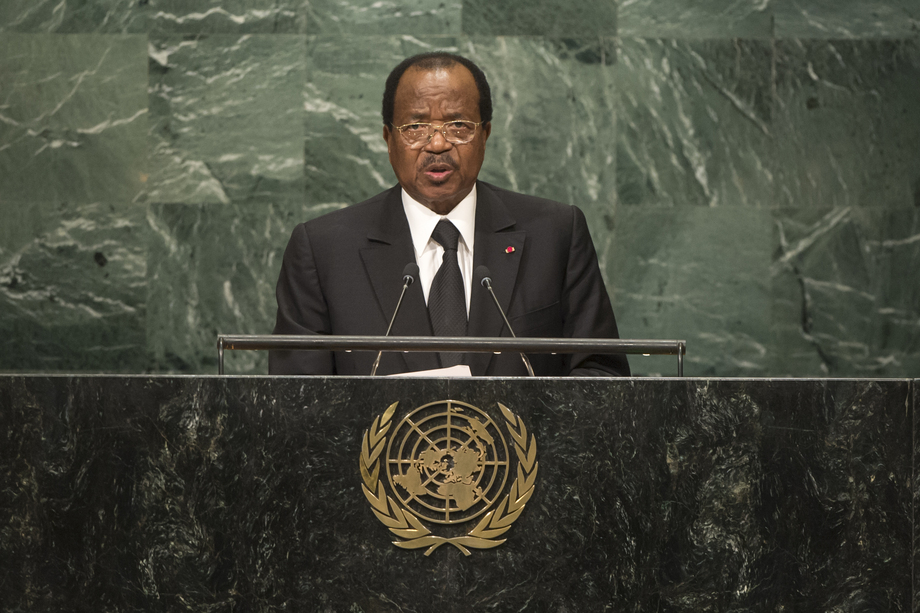 PAUL BIYA, President of Cameroon, said that, although the session was opening in a context marked by turmoil, fortunately, there were glimmers of hope.  In a remarkable show of human solidarity, States had laid the building blocks for one destiny, with the adoption of United Nations Conference on Sustainable Development outcome document, “The Future We Want”, as well as the 17 Sustainable Development Goals of the 2030 Agenda for Sustainable Development, and the Paris Agreement on climate change.

The Goals, he continued, were the first global agenda that considered development in all its dimensions:  security, economic, social, human and environmental.  While past agendas, declarations and action programmes had raised great hopes, they had been only partially implemented.  “We failed to honour all our commitments, especially financial,” he said, stressing that political will should not wax and wane according to circumstances.  Contributions should be effective and solidarity among peoples should be affirmed.

Cameroon had been engaged over the last three years in a war against terrorism, which required a collective response, determination and action, he said.  Goal 16 of the 2030 Agenda, which focused on the promotion of inclusive societies, would help fight Boko Haram.  He urged strengthening national institutions, including through international cooperation, for building capacity at all levels, notably in developing countries, to combat terrorism and crime.

The outcomes of previous agendas and programmes had shown the urgent need to achieve the ambitions.  “If we decide, here and now, to effectively and concretely mobilize our immense resources,” he said, the Goals would create a world of peace and shared prosperity.