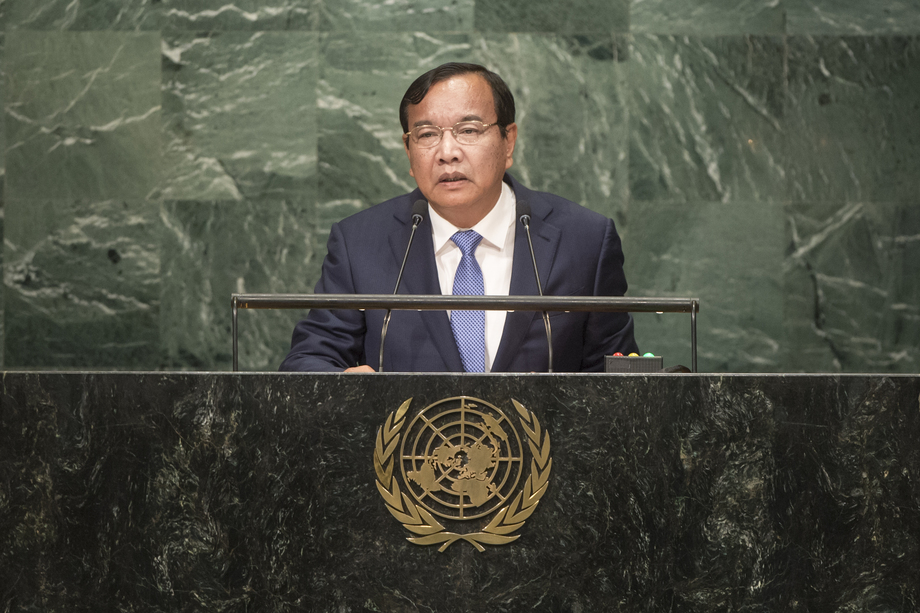 PRAK SOKHONN, Minister for Foreign Affairs of Cambodia, noted that despite progress made in the areas of development and technology, there had been challenges in areas of peace and security.  The latter would need to be addressed with actions, not words alone.  New tensions were reason for great concern as well, especially in the Middle East.  That required a more effective international response, including a more equitable representation of countries among the members of the Security Council.  He stated his intention to work with all constructively to achieve lasting peace.  The root causes of terrorism, most notably inequality and discrimination, had to be addressed.  There must be peaceful coexistence among religions and countries, and radicalization had to be addressed.

He urged that equality must also be pursued in international trade and economic development.  The Paris Agreement must be implemented without delay to avoid serious consequences.  With regard to the Sustainable Development Goals, he noted the responsibility of the developed countries to work in close partnership with developing States.  He recounted the terror his own country had to experience, which depleted all its resources.  Only Viet Nam responded during that dark period and accepted displaced persons.  That past continued to weigh upon citizens and society as a whole.  Despite the challenges, progress has been made in Cambodia in terms of development and reconciliation.  His State had gained expertise in demining and supported other countries in the removal of such devices.  Concluding, he said that mass terror and violence had to be prevented.