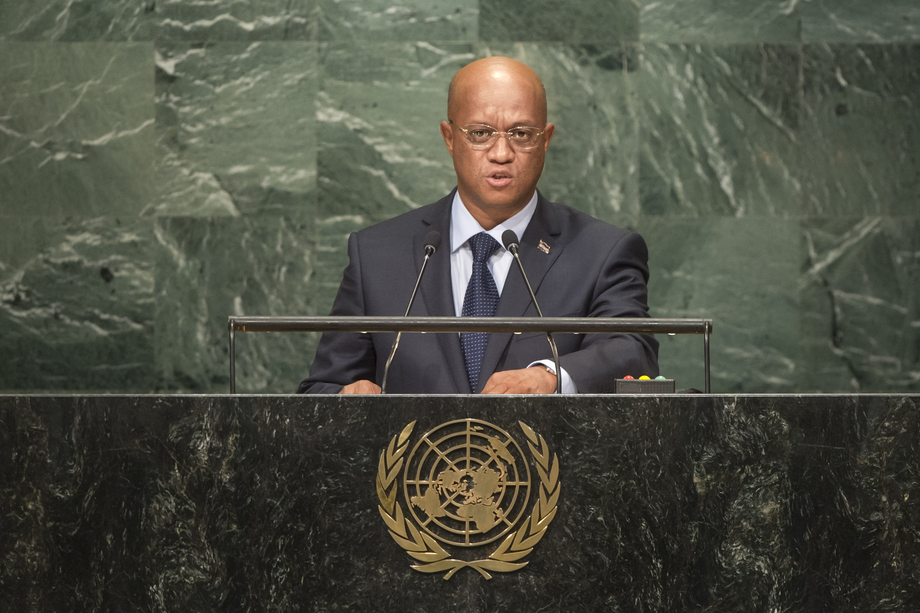 LUÍS FILIPE LOPES TAVARES, Minister for Foreign Affairs and Communities of Cabo Verde, noted with concern the resurgence of instability and the proliferation of armed conflicts, particularly in Africa and the Middle East.  Emphasizing his country’s support for the African Union’s search for solutions to conflicts in Libya, South Sudan, Somalia and Mali, he also welcomed Morocco’s recent decision to re-join the regional bloc.  Massive violations of the Universal Declaration of Human Rights hindered the full achievement of the Sustainable Development Goals, he said.  Fulfilling the Goals implied enhancing financing, technology transfer, capacity-building and participation in international trade.

Cabo Verde was concerned about the ongoing refugee crisis and welcomed the adoption of the New York Declaration during the High-Level Meeting on Migrants and Refugees on 19 September, he said, adding that his country’s Government also called for the correct application of international conventions relating to that issue.  He highlighted the challenges facing small island developing States, including their lack of resources, their limited ability to attract foreign direct investment and their need to preserve the seas and oceans.  “It will be important for the international community to pay attention to the unique and specific characteristics of this group of countries in their development process,” he emphasized.