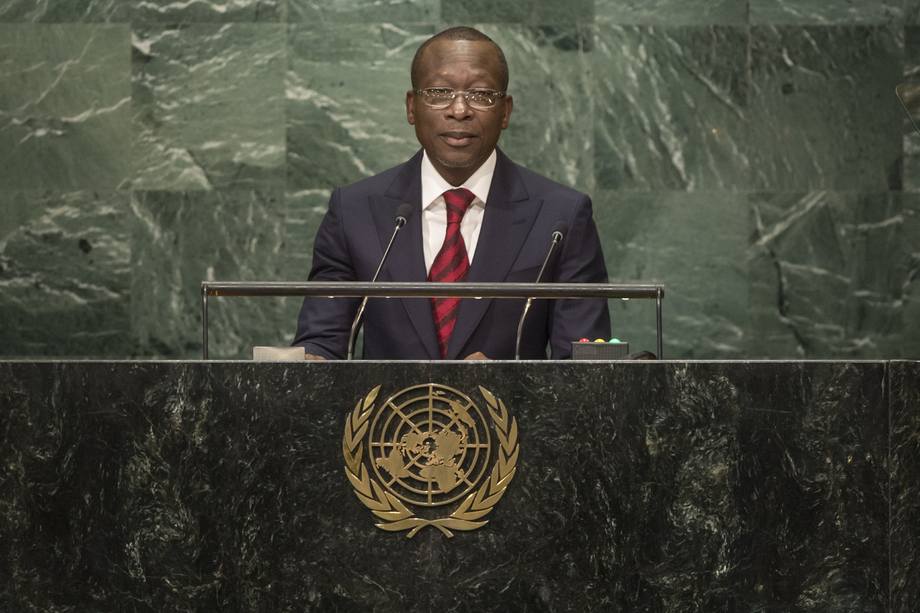 PATRICE ATHANASE GUILLAUME TALON, President of Benin, said his country was pleased with the Sustainable Development Goals which answered “actual concerns”.  The world had always mobilized and organized itself to address global challenges and had done so with the challenge of climate change, leading “us to put our minds together” and decide to utilize substantial means.  As well, the world today was more open than ever before.  Migration movements had become unruly and destabilizing, and mass poverty had become a major threat to humanity.

With the same determination that led the world to the climate change agreement, he stressed that the international community must move ahead urgently to put in place a global programme eradicating mass poverty.  He called on the most developed countries and the institutions that financed development to “implement a strong collective action with a view to eradicating poverty which is dangerously sidelining most African countries”.

The international community had proved its capabilities by preventing Greece and Ukraine from collapsing, he pointed out.  Those efforts had not ruin countries or the institutions that had mobilized themselves for those “rescue operation”.  To quickly and efficiently eradicate poverty and underdevelopment in Africa, “we will indeed need the same will but not necessarily more means”.  African countries would also need to take part of responsibility by doing more for political stability and above all, good governance.

For Benin’s part, it had undertaken the required political, administrative and good governance reforms.  “One can add to this nearly half a century of political stability,” he said, adding that all those elements gave Benin the capacity to achieve sustainable development.  Nonetheless, adequate international support was critical.  He also said Benin was actively contributing to the implementation of the decisions of the climate change convention adopted in Paris, emphasizing that the “ratification process is on-going”.