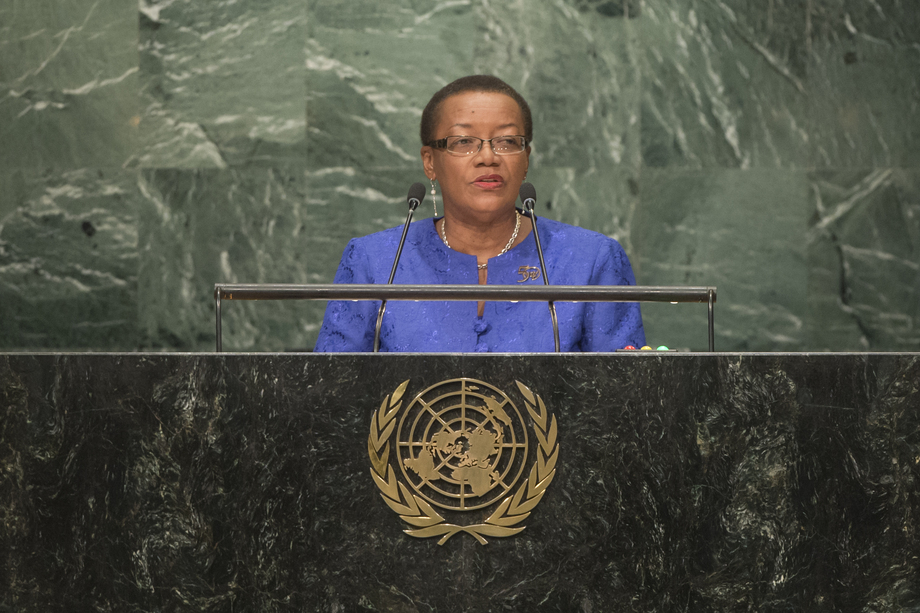 MAXINE PAMELA OMETA MCCLEAN, Minister for Foreign Affairs and Foreign Trade of Barbados, said it was necessary to act now to make the vision of Agenda 2030 a reality, and that this was particularly true for the small island developing States.  She was proud to have participated in the launch, in Barbados, of the Caribbean Human Development Report 2016, and noted the three central issues it highlighted for low-lying coastal Caribbean States:  vulnerability, resilience and sustainability.  The existential threat which climate changed posed for island States was well-documented.  The Prime Minister of Barbados had participated in the signing ceremony of the Paris Agreement in April, and deposited the instrument of ratification on the same occasion.  Barbados had developed a National Climate Change Policy Framework, and recognized the potential of sustainable ocean exploitation as an important component of its future development.

In 50 years since its independence, Barbados had achieved a significant level of human development, she said, but the country was concerned that international development agencies were penalizing it for its progress, while ignoring its obvious vulnerabilities.  Another obstacle was “the persistent and unwarranted attacks” on the country’s international financial services sector.  Barbados welcomed the progress towards the normalization of bilateral relations between Cuba and the United States of America, and looked forward to the dismantling of the final vestiges of the long-standing embargo.