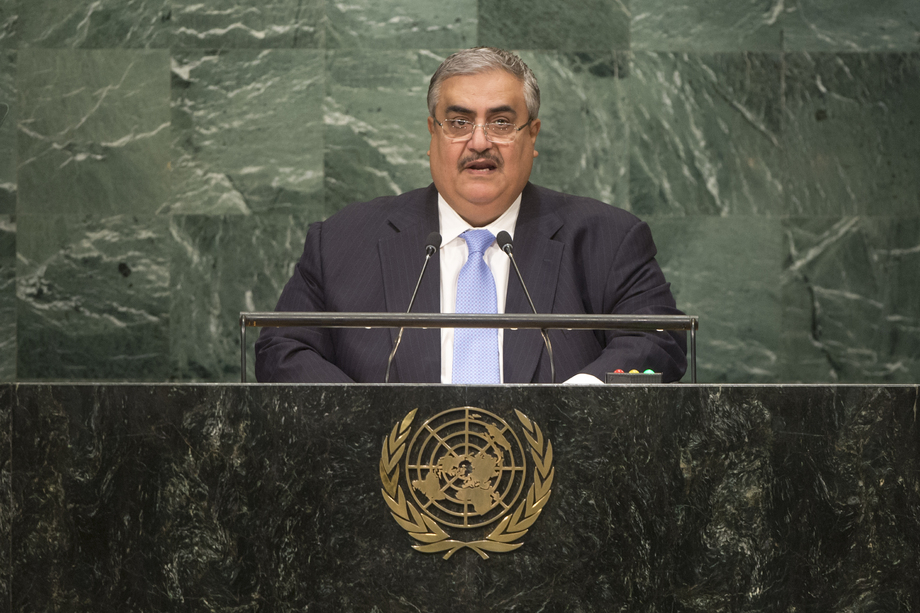 KHALID BIN AHMED BIN MOHAMED AL KHALIFA, Minister for Foreign Affairs of Bahrain, said that anti-terrorism measures would not be effective if pursued under laws that contravened the principles of the United Nations Charter.  Steps taken by the United States Congress in passing the “Justice against the Sponsors of Terrorism Act” would jeopardize international relations based on the principles of equal sovereignty of States and sovereign immunity.  “It constitutes a dangerous precedent in relations between nations,” he added, emphasizing that the law threatened the stability of the international system and adversely affected international efforts to combat terrorism.

All States with some leverage in relation to the Syrian crisis, notably the United States and the Russian Federation, must join efforts to reach a political solution and eradicate all terrorist organizations in the country, he said.  In Iraq, it was important to persevere in efforts to restore State authority over the national territory.  He went on to state that establishing peace in the Middle East remained contingent upon Israel’s “admission that its security and stability can only be obtained if the same is guaranteed to the Palestinian people”.  He called upon the “coup d’état forces” in Yemen to refrain from action that hindered stability, saying his country stood directly with the Yemeni people.  Efforts to build bridges with Iran had been met with “no serious response” from that country other than the fabrication of new problems and crises.  “We still face Iran’s attempts to jeopardize our security and social peace through support provided to groups and militias,” he added.