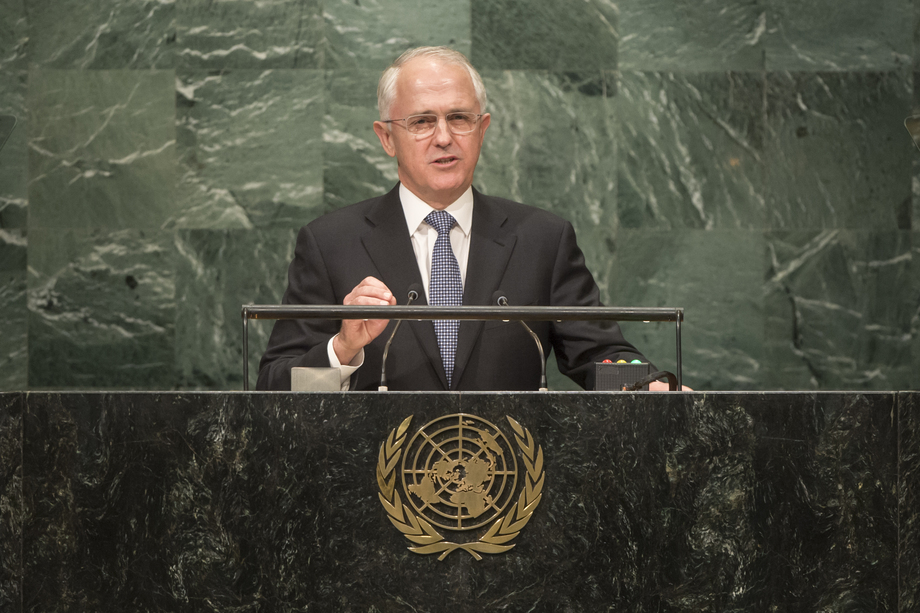 MALCOLM TURNBULL, Prime Minister of Australia, said that, although millions of people had been lifted out of poverty, threats remained globally.  Conflicts and crises were an ongoing threat to development and growth.  Other successes included the adoption of international instruments, including on climate change.  Strength was necessary to respond to crises and to avoid further escalation, and compassion was needed for those less fortunate.

To address migration, he said, strong border controls, an adequate humanitarian response and international cooperation were needed.  Governments must maintain control over their national borders.  Australia was only able to accept more displaced persons because of its effective border controls.  His country was an immigrant nation and the most diverse society defined by common political values and aspirations, he said, with many success stories serving as examples.  Strong borders and vigilant agents were the ingredients of successful multicultural societies, and a more effective implementation of border controls could contribute to a better humanitarian response.  Secure borders removed the clients of smugglers and represented an effective strategy towards addressing human trafficking and other illegal activities.

Turning to the crises in the Middle East and Africa, he said they took an unnecessary and unacceptable toll on civilians.  The international community must do everything in its power to combat violence and terrorism.  Along with its partners, Australia sought reform of the international peacebuilding architecture and was in favour of sanctions against perpetrators.  The fight against terrorism, climate change and the eradication of poverty required enhanced partnerships.  International obligations also provided new opportunities for economic growth.  Australia remained committed to meeting its international obligations.