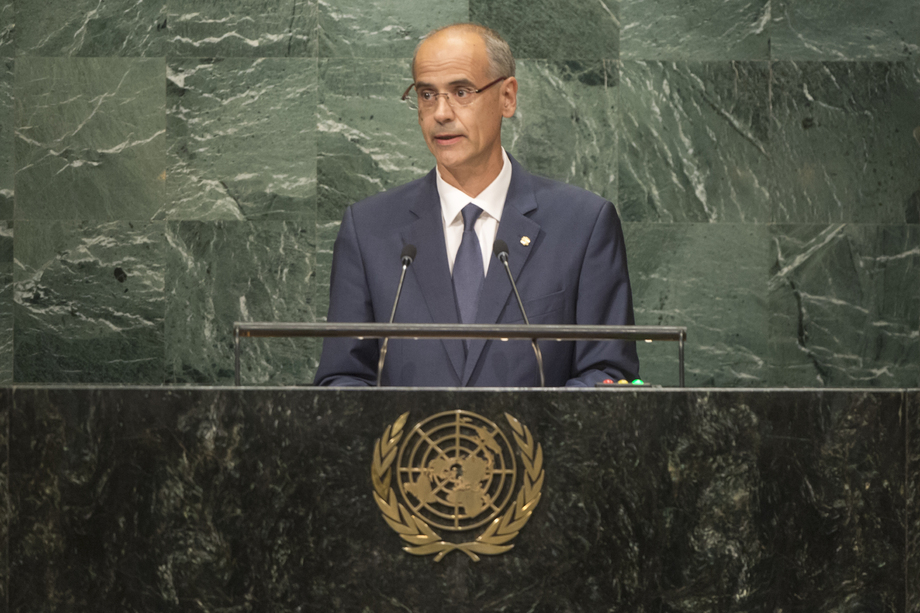 ANTONI MARTÍ PETIT, Prime Minister of Andorra, said his country had dedicated the 2016 Summer University to the Sustainable Development Goals, and for one week, Andorra la Vella had hosted experts and representatives to debate key issues.  Quality education, Goal 4, was particularly important, both as a goal in itself and as the means to achieve the other Goals.  Andorra prioritized education in its external policies, notably during its presidency of the Council of Europe, from 2012 to 2013, when it had joined the Global Education First Initiative, and in the contexts of the Ibero-American Community and the International Organization of La Francophonie.  He said that, in keeping with Goal 17, his Government was aware of the need to seek alliances with other countries and to create partnerships between the public and private sectors.

Education was also important in ensuring young people understood that their futures did not end at the borders of their countries.  “If we educate our young people as citizens of a global world, we will be laying the foundations for a much more open, cooperative and fair world,” he said, noting that Andorra’s “Education by Skills” model sought to overcome the idea of education as an accumulation of knowledge, and instead promote abilities that could be applied to knowledge.  With the Council of Europe, Andorra would introduce training in democratic values and systems in order to measure young peoples’ skills in that area, he said.

“The great dialectic of our times is between being open and being closed,” he said, emphasizing that the open road to commitment, negotiation and multilateralism was one that States had followed for decades.  The closed path of fear was a recipe for populism.  Andorra’s belief in multilateralism was reflected in its economy, which was open to foreign investment, its provision of economic rights to all international residents, its tax system’s adherence to international standards and its progressive outlook in matters of exchanging fiscal information, which would culminate in 2017 with the automatic exchange of information.  With that in mind, the refugee and migrant challenge must be met through both international and local regulation, the right to asylum, the fair distribution of impacts and the guarantee of respect for the rights and dignity of displaced people.