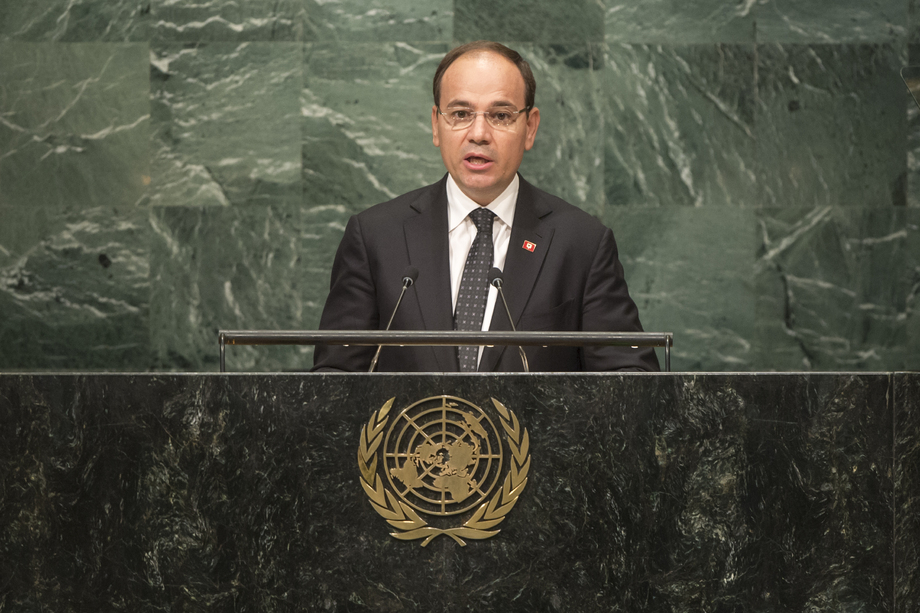 BUJAR NISHANI, President of Albania, expressed concern about global challenges, saying his country would address them in close cooperation with other actors.  Its actions would include increasing humanitarian aid, ratifying the Paris Agreement on climate change and implementing all commitments in the security realm.  Describing the 2030 Agenda for Sustainable Development as an international platform for strengthening the connection between development and security, he said it would guide national, regional and international actions over the next 15 years.  Albania had been a pilot country in designing the global indicators for the implementation of Sustainable Development Goal 16, and in that regard, the Agenda had become an integral part of its national programmes, sectoral strategies and national development strategy, he said.

Since the 2030 Agenda and the Paris Agreement provided opportunities for the present and future generations, he continued, their implementation was of key importance in tackling climate change, achieving sustainable development and ensuring peace.  On climate change, he said that he had deposited Albania’s instruments of ratification two days ago.  Regarding migration, Albania had joined the international community’s efforts to deal with refugee flows in a consistent and coordinated manner.  “Today, the realities on the ground are leading and forcing us to change our approach at the regional level and beyond,” he said.  Albania had organized a high-level conference on migration.

Another fundamental challenge to world peace was international terrorism and violent extremism, he said.  Terrorist attacks, especially those with religious links, had intensified, hitting major cities in France, Belgium, Turkey, Kuwait, Egypt, Tunisia and Lebanon.  Acknowledging the indispensable role played by the United Nations in the global fight against terrorism, he expressed support for the Secretary-General’s Action Plan on the Prevention of Violent Extremism.  Albania had been among the first countries to join the global coalition against Islamic State in Iraq and the Levant (ISIL/Da’esh) and had contributed five packages of military equipment for the Peshmerga forces fighting in Iraq, he said, adding that Albania was listed and ranked among the proactive countries committed to full implementation of the Global Counter-Terrorism Strategy.

With the policies pursued over the past two decades, Albania had increasingly contributed to security efforts in the international arena, he said.  It continued its proactive membership in the North Atlantic Treaty Organization (NATO) and supported implementation of the European Union’s common security and defence.  At the same time, Albania continued to support United Nations peacekeeping operations, while strengthening partnership with other countries.  Turning to regional efforts, he emphasized that Albania’s foreign policy was maximally oriented towards strengthening good-neighbourly relations, citing its support for Kosovo’s participation in all multilateral regional and international activities.