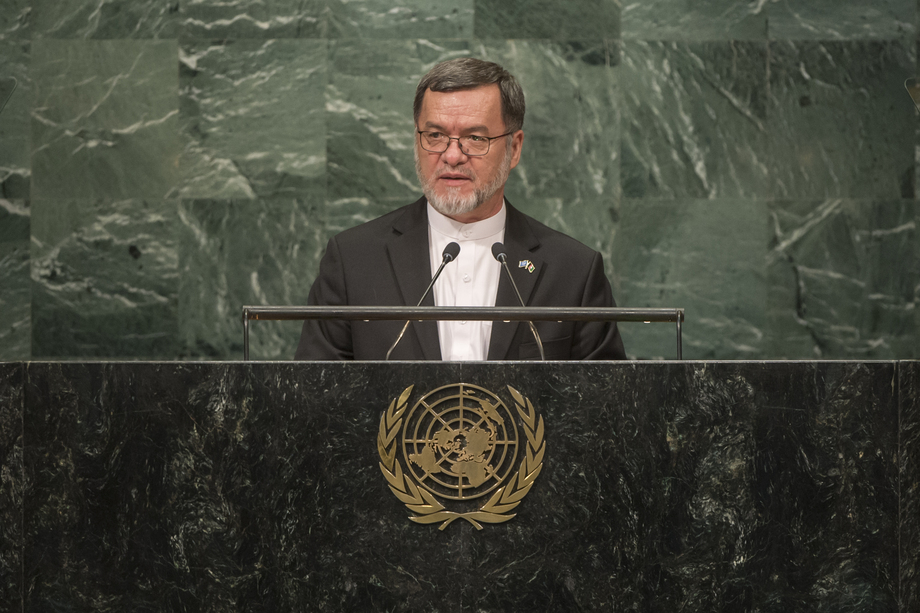 SARWAR DANESH, Vice-President of Afghanistan, while noting that his country had inherited a legacy of conflict and inequality, emphasized that “we believe democracy is the best solution to these problems, as it offers the only foundation to foster justice and allow political groups to be adequately represented”.  Among the achievements of the two-year old Government of National Unity, gains had been made in reducing maternal and child mortality, improving basic freedoms, enhancing the telecommunications and information sectors, and improving the rule of law and human rights.  Efforts were ongoing to carry out judicial reforms, empower women and achieve Government accountability and transparency in its contracts through the creation of a national procurement committee.  Afghanistan was also cooperating with the United Nations Office on Drugs and Crime (UNODC) to combating narcotics.  In July, the North Atlantic Treaty Organization (NATO) had pledged $1 billion to support Afghan defence and security forces through 2020.  The Resolute Support Mission had been extended beyond 2016 and he thanked the United States for providing the largest share of support.

Concerning the undeclared war against Afghanistan, he said more than 10 terrorist groups, sent to obstruct democracy and State-building, were fighting against his country.  Journalists were being threatened and he requested the United Nations to appoint a Special Representative for the safety of journalists.  Recent attacks in Kabul by the Taliban and Da’esh had been organized from inside Pakistan, while the Taliban sought more control of Kunduz and Helmand Provinces.  He urged implementing international commitments and avoiding a distinction between good and bad terrorists.  “Where are the previous leaders of Al-Qaida and the Taliban hiding,” he asked, further questioning how and from where terrorists were being trained, equipped and financed.  Pakistan had been requested to destroy safe havens, but the situation remained unchanged.  His Government reserved the right to do what was necessary for the defence of its people.  It had kept open to negotiation with the Taliban and armed groups, urging them to renounce violence and adhere to the Constitution.  A peace accord would be signed with one particular group.

More broadly, he said the Quadrilateral Coordination Group (Afghanistan, China, Pakistan and the United States) could remain a useful platform as long as Pakistan acted in good faith to meet its commitments.  He welcomed efforts of any Islamic country to promote peace in Afghanistan.  “Those individuals and groups resort to violence, terrorism and killing are not acquainted with this religion,” he said, and only used Islam to attain their evil goals.  He pressed the United Nations to hold a conference on combating radicalism, which would introduce a new legal set-up to combat terrorism.  He supported European countries that had welcomed Afghan refugees, and requested the United Nations to take a new approach by helping origin countries overcome war, poverty and illiteracy.  He supported a comprehensive solution to the Syrian conflict, a peaceful solution to the conflict in Yemen, and to Palestinians’ rights.  The agreement on the Iranian nuclear programme was constructive to regional and world peace, while North Korea’s nuclear tests had endangered it.