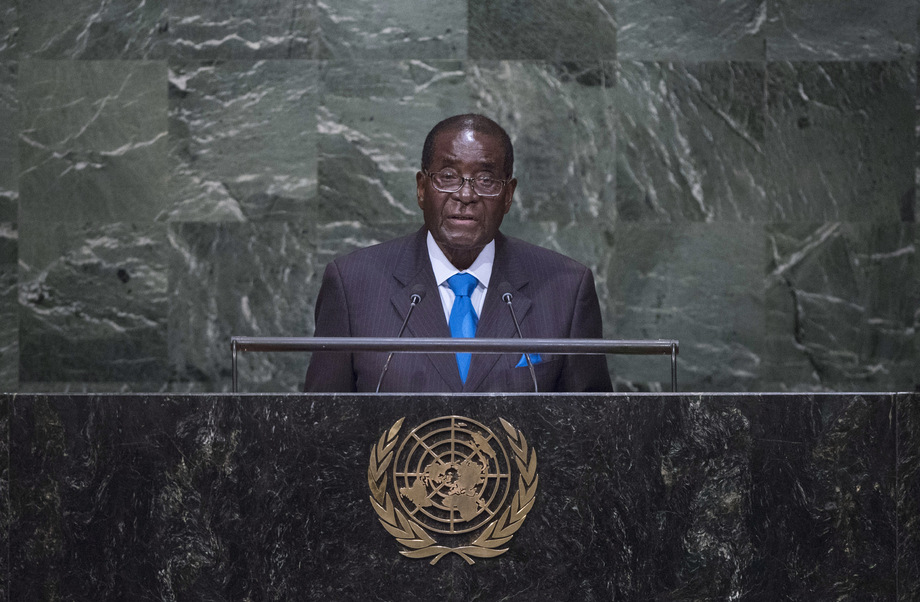 ROBERT G. MUGABE, President of Zimbabwe, said that the post-2015 global development agenda was in tandem with Africa’s own development plan, Agenda 2063, which recognized the intrinsic and inextricable linkages between peace, security, development, and the full realization of human rights.  The Common African Position on the post-2015 agenda designated “peace and security” as one of its six key pillars.  The prevalence of peace not only created conditions conducive for development, but ensured that the maximum possible resources could be dedicated to development programmes.

He said Agenda 2063’s first 10 years would entail implementation of flagship programmes, including the creation of a continent-wide free trade area, an African centre for disease control, a pan-African university of science and technology, a single aviation market, a high-speed train network, and a pan-African e-network.  As the United Nations marked its seventieth anniversary, adaptation to change was crucial to its vibrancy and effectiveness.  It was disappointing that on such an occasion the opportunity had been lost to address that burning issue of Security Council reform, which would reflect Africa’s just and reasonable proposals.

He rejected any attempts to prescribe “new rights”, including those of gays, which were contrary to his country’s values, traditions and beliefs.  Self‑determination and independence were intrinsic and fundamental rights that should be enjoyed by all peoples everywhere, without distinction.  The continued denial of that basic right to the Sahrawi people was concerning.  The United Nations should expeditiously conclude the decolonization of the Western Sahara.  He also urged the world body to bring an end to the Israel-Palestine conflict, expressing support for the two-State solution.  The African Union designated 2015 as “the year of advancement of women empowerment and development” towards 2063.  Gender quality and women’s empowerment were central to human development, progress and the elimination of poverty and deprivation.

On refugees, he said that the majority of the affected people were from Syria or from other countries in conflict induced, in large part, by the destabilizing policies of external forces.  That tragic situation could have been avoided by respecting the independence of other countries and not interfering in their internal affairs.  He denounced the illegal sanctions imposed on his country by the European Union and the United States, calling for their immediate and unconditional removal, while stressing that his country was desirous to live in harmony with all nations.