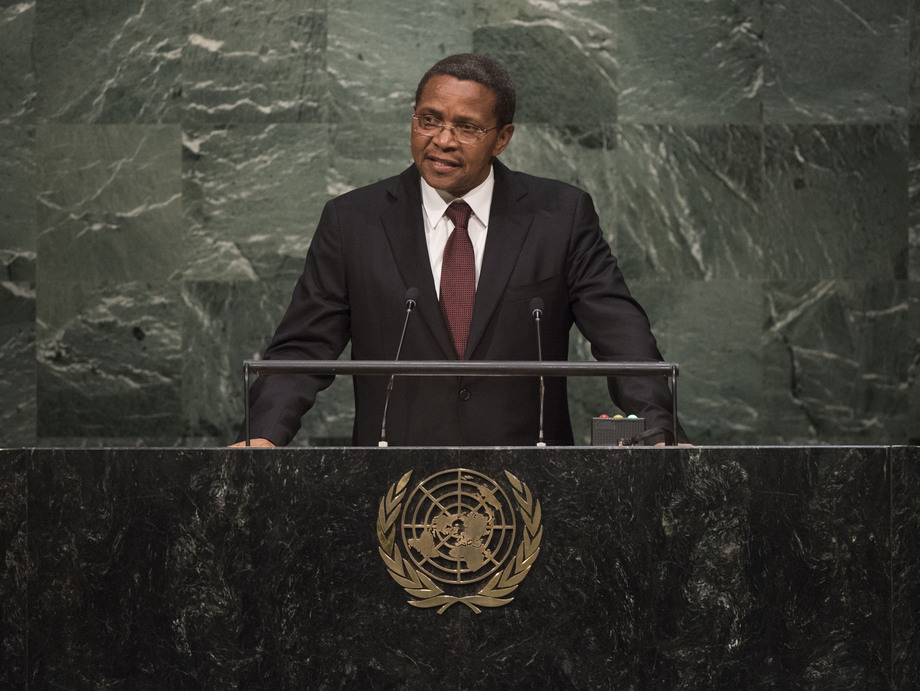 JAKAYA MRISHO KIKWETE, President of the United Republic of Tanzania, said the United Nations had withstood the test of time, evolved and become a stronger Organization.  It had succeeded in preventing another world war, but many challenges remained, including inter-State and intra-State conflicts, terrorism and the existence of abject poverty.  The United Nations must seek to forge strategic partnerships with regional and subregional organizations.  In addition, while some efforts had been made to reform the Security Council, it was the wish of Member States to see an acceleration of that negotiation during the Assembly’s seventieth session; in that regard, he stressed: “For the United Nations Security Council to remain what it was 70 years ago is incomprehensible and, to say the least, unacceptable.”

Peacekeeping operations remained one of the most dependable instruments of promoting world peace and security, and they would remain so for many years to come.  The United Republic of Tanzania, which contributed some 1,322 troops to those operations, stood ready to contribute more whenever requested to do so.  On Ebola, which had been a stark reminder of how vulnerable people and nations were, he said the biggest lesson learned was that the world needed to be better prepared to prevent and respond to epidemics in the future.  He welcomed the creation of the High-Level Panel on Global Health Crises to come up with recommendations in that regard; having chaired that panel, he said it would complete its work in December 2015 and bring its report before the Assembly.

On the issue of Israel and Palestine, he stressed the need to resume dialogue to resolve the long-standing conflict.  It was about time the pain and suffering of the Palestinians ended and the Israeli people lived peacefully and harmoniously with their neighbours.  The United Republic of Tanzania subscribed to the two-State solution, he said in that regard. Turning to Western Sahara, he said the lack of movement on the part of the United Nations to implement decisions on the matter was both regrettable and incomprehensible.  “The people of Saharawi have waited far too long to get the opportunity to determine their fate and future,” he said.