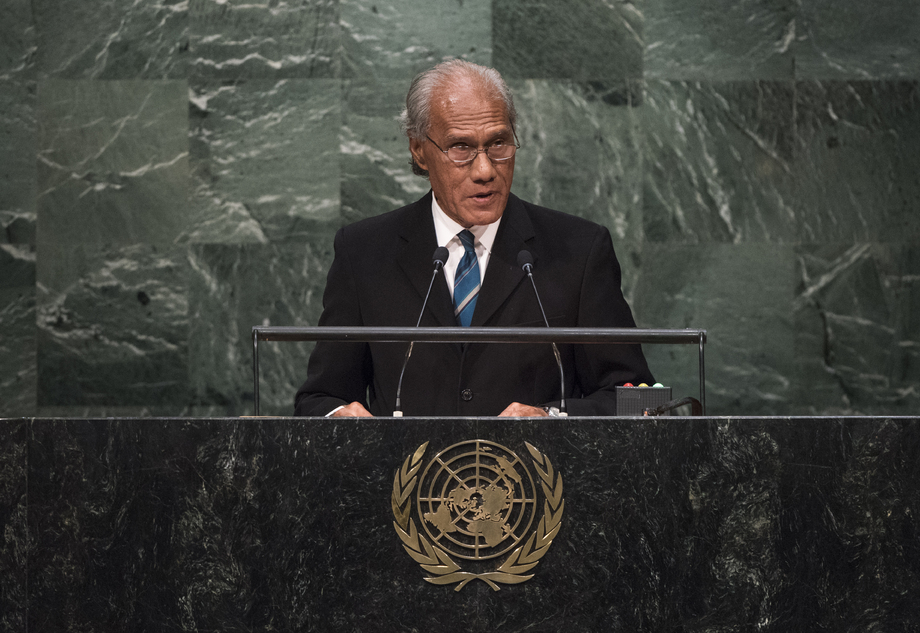 SAMIUELA 'AKILISI POHIVA, Prime Minister of Tonga, said a key piece of the development agenda remained outstanding, and he looked forward to an agreement on climate change in Paris — one that stabilized greenhouse gas emissions in the atmosphere.  Tonga remained highly vulnerable to natural disasters, which continued to increase in frequency and destructiveness.  Climate change posed an irreversible threat to the country’s people, livelihoods and natural environment.  He reaffirmed his support for the call to the Secretary-General to appoint a special representative on climate and security, as discussed in the dialogues in the Security Council.

Tonga’s vulnerability to natural disasters also re-emphasized the small island developing States’ special case for sustainable development, he said.  Such susceptibilities must also factor into development finance calculations designed to assist those countries.  The use of GDP per capita as a determinant for access of small island developing States to development financing, therefore, needed replacing with a new index that recognized their exposure to natural disaster.  This would save Tonga and other States from increasing their indebtedness in obtaining funds from multilateral institutions for reconstruction in the wake of a cyclone.

Furthermore, Tonga remained thoroughly committed to the management and conservation of the oceans and seas, he said.  The Government of Tonga passed legislation related to seabed mining activities relevant to the United Nations Convention on the Law of the Sea.  Within the country’s exclusive economic zone, officials continued to combat the problem of illegal, unreported and unregulated fishing and supported the proposed triennial United Nations Oceans and Seas Conference to drive progress on ocean preservation.

Exercising the right of reply, Tonga’s delegate said, in response to the statement made by Indonesia’s representative, that his country had received reports of and was concerned about alleged human rights violations.  Tonga would like to engage in friendly dialogue with Indonesia to gain a better understanding of violations and perhaps establish a fact-finding mission to determine the situation on the ground.  He reiterated his nation’s high regard for Indonesia and the two nations’ mutual diplomatic relations, but stated, for the record, concerns and a desire to hold more dialogues.