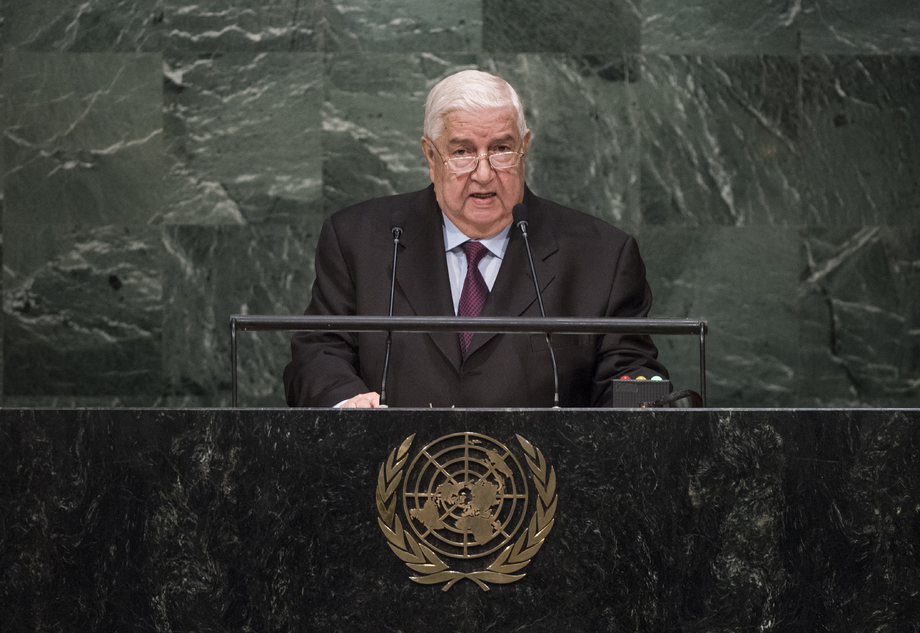 WALID AL-MOUALEM, Deputy Prime Minister and Minister for Foreign Affairs and Expatriates of Syria, noting that the Council’s resolutions under Chapter VII were “still only ink on paper”, asked what had been done to stop Member States who supported terrorism from committing criminal acts against the Syrian people.  He cautioned that if the flow of terrorists to his country, and the Member States that supported it, was not stopped, then the fire that had broken out in Syria, Iraq and Libya would continue to spread.  Syria could not implement any democratic political measures as long as terrorism was striking at home and threatening innocent civilians.  Syrians nevertheless believed in the “political track”, the preservation of national sovereignty and unity.  As the only way to achieve a political solution was through Syrian-led national dialogues and without interference, his country had agreed to participate in relevant conferences as well as in the brainstorming committees of experts proposed by the Secretary-General’s Special Envoy.

He expressed Syria’s support for the invitation by the Russian Federation’s President for an international-regional coalition to counter terrorism, adding that the announcement of Russian airstrikes in Syria, as requested by his Government, would support his country’s counter-terrorism efforts.  Israel continued to attack his country, arming and supporting terrorists, and increasing Syrians’ need for basic services.  Inhumane sanctions by the European Union and the United States also exacerbated the living conditions.  Syria was cooperating with the United Nations to meet its people’s basic needs and guarantee safe returns.  It adhered to the full restoration of the occupied Syrian Golan to the 4 June 1967 lines and rejected attempts by Israel, the occupying Power, to change the natural, geographical and demographic characteristics in violation of Council texts.

His country supported the rights of the Palestinian people, as well as the establishment of an independent State on its land, with Jerusalem as its capital.  Syria had joined the Chemical Weapons Convention in 2013, and despite the prevailing situation, had fulfilled its obligations.  He congratulated Iran for its historic agreement, while underscoring that establishing a zone free from all weapons of mass destruction in the Middle East required Israel’s accession to all relevant treaties and the placement of its nuclear facilities under the International Atomic Energy Agency’s supervision.  He congratulated Cuba on its accord with the United States and repeated his calls to lift the coercive measures imposed on Syria, the Democratic People’s Republic of Korea, Venezuela and Belarus.  Council counter-terrorism resolutions must be implemented in order to triumph over terrorism and achieve economic and political reforms.  Only then could there be an end to the war in Syria and implementation of matters agreed on the political track.