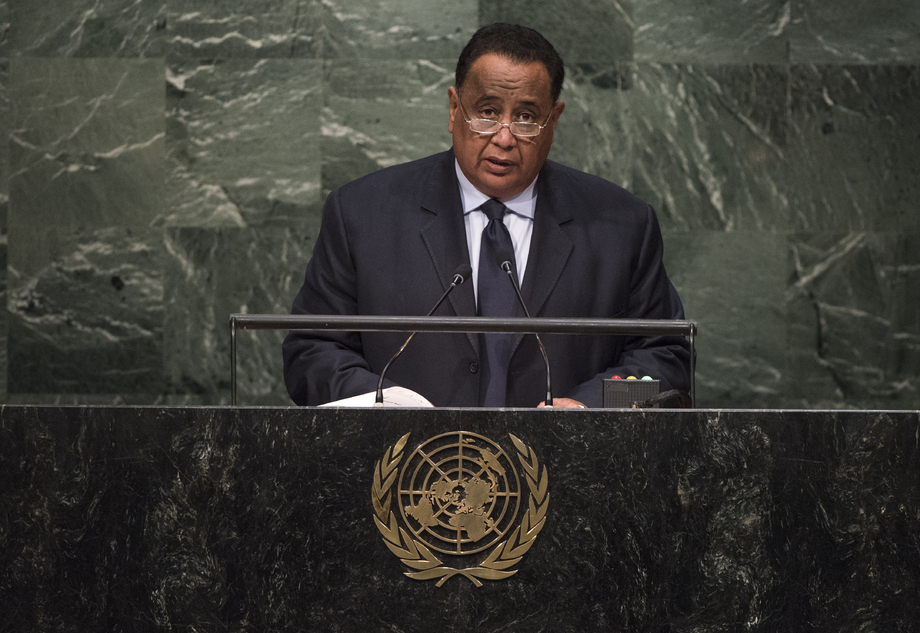 IBRAHIM AHMED GHANDOUR, Minister for Foreign Affairs of Sudan, welcoming the 2030 Agenda, said that his country had been engaged in implementing its plan of action for sustainable development.  However, those objectives must complement the process of peace, stability, and growth in his country.  Recalling his country’s signing of the 2005 Comprehensive Peace Agreement and the 2011 Doha Peace Agreement, he expressed dismay that “its reward” for achieving peace and stability had been endless pressure, sanctions, boycotts and unilateral and coercive measures.  Furthermore, obstacles had been created to bar his country from benefiting from certain initiatives, such as the Heavily Indebted Poor Countries (HIPC) Debt Initiative.  Despite such unfavourable conditions, it had made efforts to achieve the Millennium Development Goals and, in particular, had met successes in the areas of education and women’s employment.  The gains it had achieved in increasing per capital income, however, had been offset by the fallout from the separation of Southern Sudan, as well as the negative effects of the global economic crisis and the economic embargo.

He noted that his Government had conducted peaceful, free fair and transparent presidential and parliamentary elections in April.  For the first time in history since its independence in 1956, the Sudanese had elected officials throughout the country. In response to the national dialogue initiative launched by the President in January, a large number of political parties had agreed to discuss issues, such as peace, economy, poverty, and human rights.  The Government had guaranteed safeguards for the remnants of rebel armed groups, and the President had issued decrees on the amnesty renewal for all armed individuals as well as an extension of a unilateral moratorium by two months to encourage the participation of targeted armed groups and individuals in the national dialogue.  His Government had also made commendable achievements in human rights and had adopted a comprehensive 10-year plan.  Efforts to ensure women’s participation in political life were evidenced by their involvement in all stages of the recent elections.  Constant cooperation had been maintained with the independent expert on the situation of human rights in the Sudan, which had actively participated in the universal periodic review of the Human Rights Council.

To fight cross-border crime, His Government had signed bilateral agreements with neighbouring countries and had enacted a national law to combat human trafficking, he said.  It had also worked to ensure that its laws were in full compliance with international law and instruments related to counter-terrorism.  Politicization of the relationship between the Security Council and the International Criminal Court had made it a tool for targeting African leaders in particular.  Underscoring the importance of a fair equitable and universally acceptable international order, he called for the expeditious reform of the United Nations, and the Council in particular, to make it representative, democratic and transparent, and ensure the representation of African nations in both the permanent and non-permanent categories.