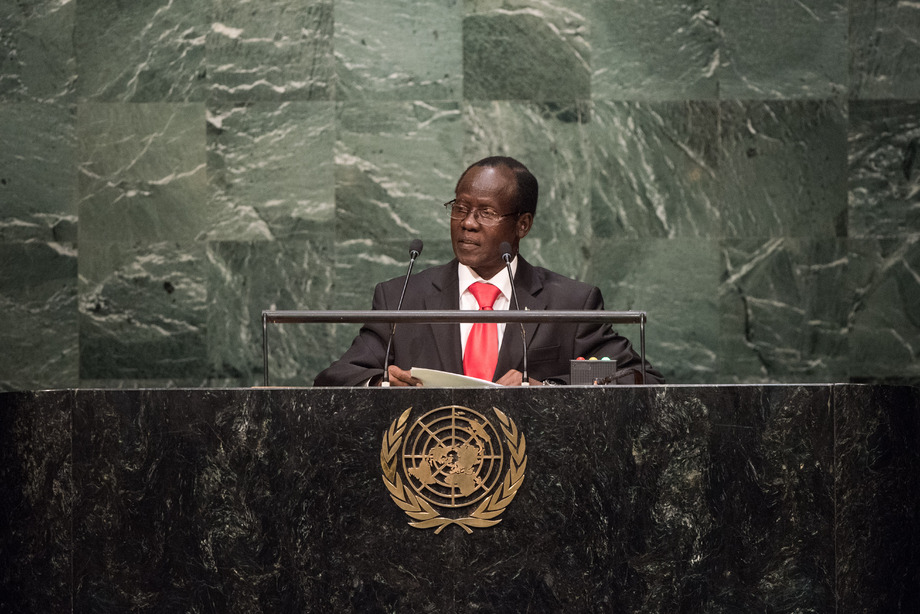 JAMES WANI IGGA, Vice-President of South Sudan, said that after attaining freedom in 2011, progress had been thwarted by unjustified internal power feuds that resulted in a conflict the engulfed 3 out of 10 provinces in the country.  The bloodshed, however, ended on 26 August with a peace agreement between the rebel leadership and the Government, followed by the President’s declaration of a permanent ceasefire the following day.  The next step consisted of rebuilding the country with the help of humanitarian assistance from the international community and the United Nations.

Although South Sudan had been tied down by its own difficulties, it participated in global and regional strategies aimed at tackling threats of terrorism, he said.  He commended the role of the United Nations Mission in South Sudan (UNMISS) in the lead-up to independence and after fighting resumed.  Yet, any renewal of the UNMISS mandate without either consultations or consent by the Government was unacceptable.  The peace and security of the South Sudanese had been the paramount responsibility of the Government; it would never condone the crimes against its citizens or the violation of their human rights.

The ceasefire declared in August was surely holding in certain parts of the country, but not all, which the Vice-President attributed to the absence of a joint monitoring and verification mechanism on the ground.  He urged the Intergovernmental Authority on Development (IGAD) to speed up the creation of “this vital instrument” for enforcing a meaningful ceasefire.  As proof of the Government’s commitment, the Sudan People’s Liberation Army (SPLA) had left the capital, Juba, and redeployed 25 kilometres away.  It was therefore incumbent upon the international community to rush humanitarian, resettlement and development projects to the area in order to cement peace and stability.  More than any other time in South Sudan’s conflict-riddled history, this disarmament and rehabilitation required concerted and technical intervention from the country’s “many good friends around the world”.