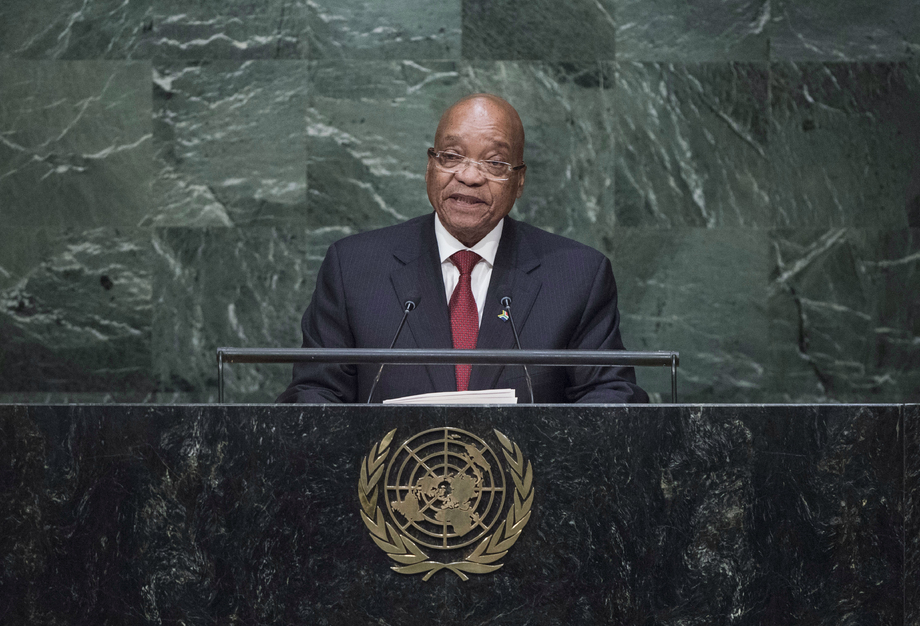 JACOB ZUMA, President of South Africa, said the Assembly had remained, over the years, central to support for the disadvantaged, marginalized, occupied, and oppressed peoples of the world.  The Assembly had elevated the South African struggle for liberation to the international stage when it declared apartheid a crime against humanity.  The year 2015 marked the 10-year anniversary of the adoption of the World Summit Outcome, which had discussed United Nations reform.  Since that time, several reforms had been successfully implemented, including the replacement of the Human Rights Commission with the more effective Human Rights Council, the establishment of the Peacebuilding Commission, the reform and streamlining of the Organization’s management system, the mainstreaming of gender equality through the establishment of the United Nations Entity for Gender Equality and the Empowerment of Women (UN-Women), and the “responsibility to protect” norm to assist populations facing genocide, crimes against humanity, war crimes and ethnic cleansing.

Nevertheless, almost no progress had been made on the commitment made to reform the Security Council.  “It is unacceptable and unjustifiable that 1 billion people on the African continent are still excluded as permanent members of the key decision-making structure of the United Nations, the Security Council,” he said.  The United Nations could not pretend that the world had not changed since 1945.  African countries were no longer colonies, but free, independent and sovereign States.  Another critical matter that needed attention was a review of the process to select the next Secretary-General.

The Assembly’s seventieth general debate was taking place in the context of growing international concern about the rise of violent extremism, terrorism and untold brutality, which his delegation strongly condemned.  The current situation in Libya and the Sahel region was a direct consequence of some Security Council members not heeding the informed counsel from the African Union.  The norm “responsibility to protect” had been abused for narrow political interests, he stressed, adding that the current refugee crisis in Europe was the direct result of the militarization of civilian unrest, which included the massive arming of civilians and opposition groups in Libya, Syria and other affected countries.

He welcomed the recent signing of a peace agreement in South Sudan, the re‑establishment of diplomatic relations between Cuba and the United States and the accord reached on Iran’s nuclear programme, among other accomplishments.  But the continued failure of the Non-Proliferation Treaty Conference to reach an agreement was a major setback for nuclear disarmament.  As the initiator of the Durban Platform for Enhanced Action through the current round of negotiations under the United Nations Framework Convention on Climate Change (UNFCCC), South Africa had a special interest and a commitment to the success of the Climate Conference in Paris.  He urged the fulfilment of the three parts of the Durban mandate, namely: the closing of the current ambition gap in the pre-2020 period; the entry into force of the second commitment period of the Kyoto Protocol; and the adoption of a new agreement for the post-2020 period that contained all essential elements, including a means of implementation and loss and damage and response measures.