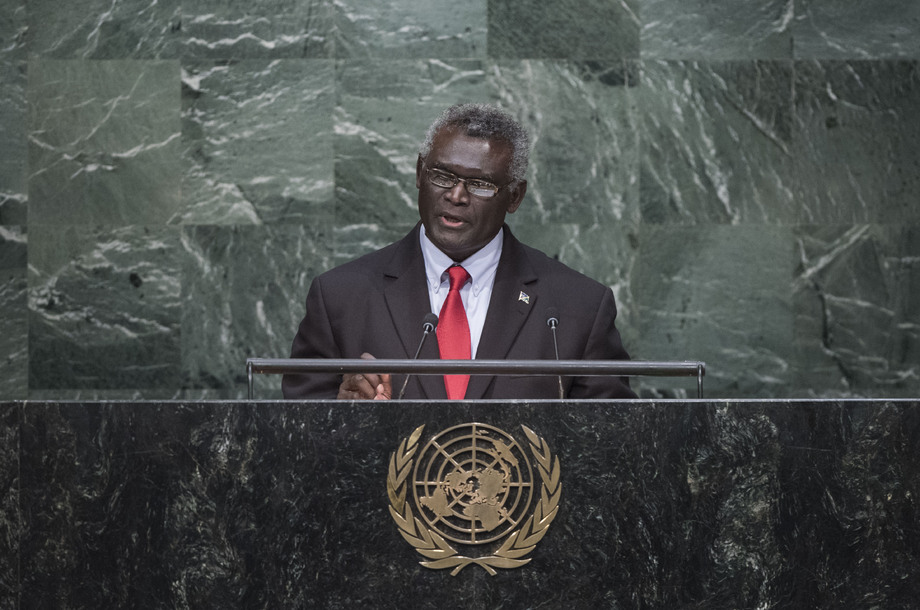 MANASSEH SOGAVARE, Prime Minister of Solomon Islands, said that when his country had joined the United Nations in 1978, there were only 145 members.  Today, it had increased to 193, and two thirds of them were from the developing world — all seeking a far, equitable and rules-based multilateral system.  That was a sentiment echoed in the General Assembly Hall every year.  As long as wealth continued to reside within 20 per cent of the world’s population, a global system manifesting such a divide would always face challenges in attempting to meaningfully respond to a collective agenda.

The number of conflicts the United Nations dealt with had also multiplied, he noted.  His country had a well-trained police force ready to serve in United Nations peacekeeping missions, and intended to see its first team out in the field during the current session.  However, the 16 peacekeeping missions deployed worldwide now had meant that Member States multilaterally spent more on security than development issues.  There was a need to reverse that trend.  Where there were situations of potential conflicts, all Governments must work together through an inclusive mechanism to avoid unilateral decisions, which always resulted in protracted conflicts and strife, causing immense suffering to the people who were supposed to be the beneficiaries of peacebuilding efforts.

His country remained under-represented within the United Nations Secretariat staffing establishment, he said, welcoming the Organization’s recruitment examination to be held in that country in 2015.  He also welcomed an Assembly resolution calling for enhanced United Nations presence in the Pacific especially at the country level, as well as new thinking of establishing subregional offices within the Pacific, noting the distance and the diverse and peculiar characteristics of the region.  His country offered to host one of the subregional centres.

Turning to climate change, he expressed a concern about the slow progress in climate negotiations and the resultant possibilities of climate change situations inducing conflicts.  That prompted his nation to seek a seat in the Security Council for the period 2031-2032, a period following the expiration of the 2030 agenda.  Calling for a reform of that body, he advocated for a seat dedicated to small island developing States in an expanded Council.