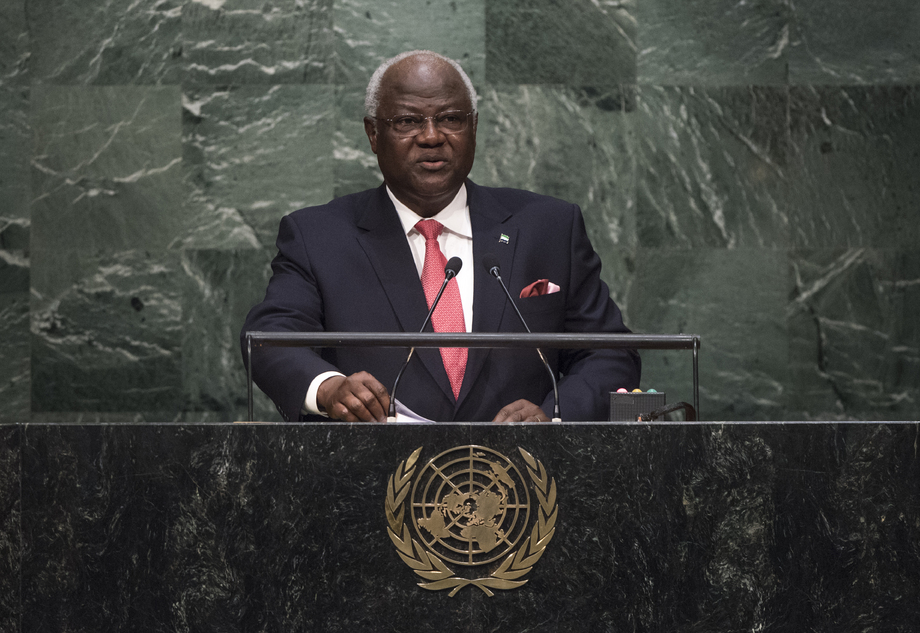 ERNEST BAI KOROMA, President of Sierra Leone, said that issues such as the refugee crisis, poverty, transnational organized crime, terrorism and violence against women, and efforts to expand access to health and education were all characterized by a struggle for inclusion.  Creating a more democratic United Nations was part of that endeavour and a prerequisite for achieving universal aspirations.  Noting his role as coordinator of the African Union Committee of Ten Heads of State on Security Council Reform, he emphasized Africa’s demand for two permanent and two non-permanent seats in that body, as outlined in the Ezulwini Consensus and Sirte Declaration.

On the security front, he said Sierra Leone was ready to explore means for increasing its contribution to global peacekeeping.  The recent expert Advisory Group’s review of the peacebuilding architecture was useful, and he looked forward to the intergovernmental process, adding that Sierra Leone was a case study and storehouse of lessons learned.  Support for the Residual Special Court for Sierra Leonne also should be sustained.

On climate change, he urged action to lower greenhouse gas emissions and to shore up capacities.  No country was immune from the climate impacts, and that insight must be integrated into other decisions on youth unemployment, insecurity, extreme hunger and violence against women.  More broadly, it was imperative to build countries’ capacities to resolve conflicts and handle such issues as peacekeeping and migration.  Fragile conflict-affected States in the so-called “G7+” called for country ownership and country-led implementation of the Sustainable Development Goals.  Sierra Leone had tailored its development framework to the 2030 Agenda, he said, citing its Agenda for Prosperity and improvements in political and economic governance.  Justice reforms had responded to national and global demands.  National investment in climate had targeted infrastructure, agriculture, education, health care, youth and women’s employment and public service delivery.  The Ebola outbreak had taken a heavy toll on the country’s socio-economic fabric.  Today, Sierra Leone’s national recovery plan focused on maintaining zero infections and building national resilience systems, including a viable health system and a national security and disaster risk management system.