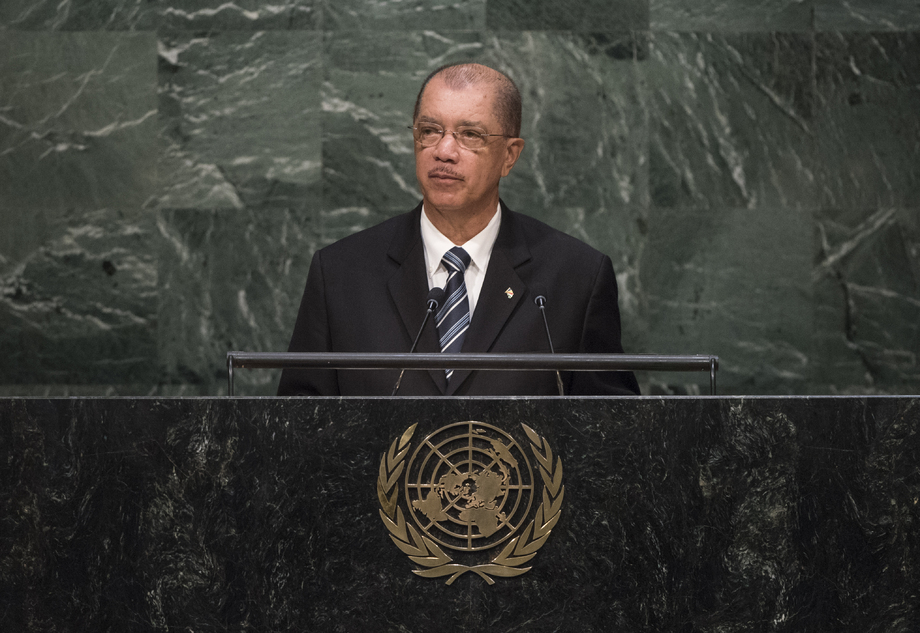 JAMES ALIX MICHEL, President of Seychelles, said that despite the good intentions and inspirations emanating from the Charter, something seemed to be sorely lacking.  The world was deficient in determination, torn apart by vicious wars and conflicts, and full of poverty, hunger, famine, and epidemics.  Inequality, injustice and disparity were on the rise, and environmental degradation and despoliation went unchecked.  Was this the legacy today’s generation wanted to leave behind?  The international community had a duty and obligation to change the world and could do so by accepting responsibility, casting aside indecisiveness and looking beyond the narrow pursuit of ideological and national interest.

The lofty ideals of the United Nations were as relevant today as when it was founded, he said.  However, the structures of governance of the Organization, in particular the Security Council, were not.  International organizations needed to be made relevant to the realities of the present.  Resolute action was needed for the spirit and essence of sustainable development to be truly embraced globally.  Small island developing States were the sentinels of nature and the guardians of oceans.  But actions or inactions of others threatened their livelihood and existence.  Climate change was not the making of those States, but they bore the full brunt of it.

The non-application of the principle of special and differential treatment of small island developing States was one of his country’s major preoccupations, he said.  A one-size-fits-all approach to development was unjust and morally unacceptable.  The growing refugee crisis reminded the world of the need for shouldering the burden in the fight against ideologies of hate.  The world could not allow itself to be condemned to the wrong side of history by a collective failure to reach an ambitious and universal agreement to combat climate change.  Seychelles called on all developed countries to fulfil their commitments to provide $100 billion annually by 2020 for the Green Climate Fund.