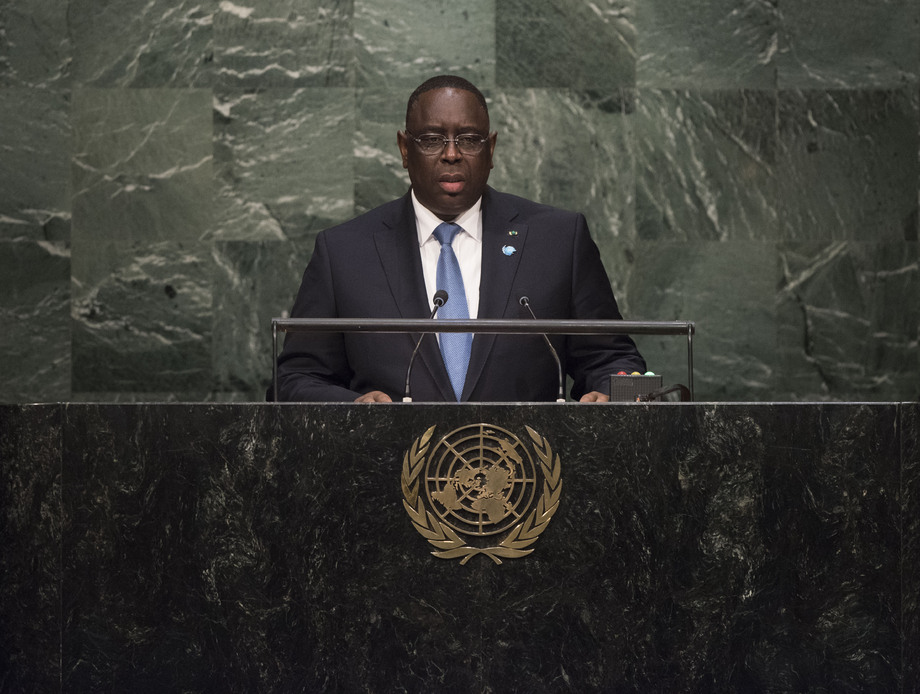 MACKY SALL, President of Senegal, said that 70 years after the creation of the United Nations, the international community was marching on the path laid out by the founding fathers and seeking to uphold the principles they created, such as fostering peace and promoting respect for human rights.  One of the principal missions of the Organization was to save the world from the scourge of war, but that task had become more complicated because peace was not just an absence of war.  Extreme poverty, hunger and disease, and the unprecedented worsening of the environment had all destabilized the world.  In that regard, the upcoming Climate Summit in Paris must be a success, and the transfer of environmentally friendly technology to the developing world would also be crucial.

Furthermore, the world must address racism, discrimination and violent extremism, he said.  People were discriminated by the colour of skin and social background.  Migrant workers were excluded from public policy, even though they contributed to the economy of the host country.  Greater generosity must be shown for refugees and migrants.  “The promise of a better world is within our reach,” he said, stressing that change was the main dynamic in shaping the course of the future.  With 142 States having joined the 51 founding members, the Organization had achieved greater universality.  However, its structure remained unchanged.  Today’s world was not the same as in 1945.

Common sense required that the Organization must change, with the enlargement of the Security Council needed to reflect the new reality, he said.  His country was running for a non-permanent seat in the next election and would push for reform.  It also made sense to reform the global governance structure so that developing countries had more equitable representation and access to credit.  On the mining industry, there was a need to protect the interests of local people while protecting investors.  The illicit financial flow of $30‑60 billion per year from the continent exceeded ODA.  If 17 per cent of those assets were recovered, African countries could pay off their entire debts and finance their own development.  Finally, he noted that Senegal, out of 128 troop contributors, ranked seventh, deploying its forces in eight missions.