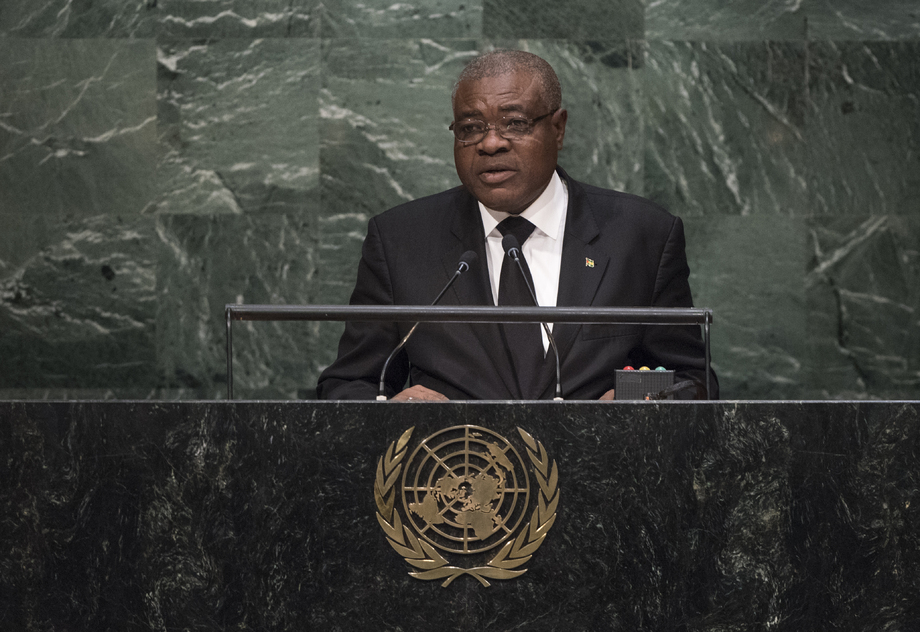 MANUEL SALVADOR DOS RAMOS, Minister for Foreign Affairs and Communities of São Tome and Príncipe, said the 2030 Agenda and the proper framing and resolution of climate change issues would create a path towards sustainable development for developing countries, particularly on the African continent.  Describing the pillars of Africa’s path — which included science, technology and innovation as well as peace and security, among others — he urged the United Nations to adapt its programmes to the specific realities of the African continent without losing sight of its Millennium Development Goal accomplishments.  He went on to mention “persistent hotbeds of tension” around the world — including Mali, the Democratic Republic of Congo, Western Sahara, Israel and Palestine, among others — and commented in particular on the conflict in Syria with its disastrous consequences.

On climate change, he said it was imperative to reach a global agreement at the upcoming Climate Conference in Paris.  “Our country is already being affected by the nefarious effects [of climate change], even though we are not an active polluter,” he said.  The country’s vulnerabilities included the reduced rainfall, diminished river flows, floods and the gradual erosion of coastlines.  He welcomed the determination of France and Germany to reach a climate agreement that was ambitious, broad and binding on all parties, in accordance with international law, and with the ultimate objective of limiting the increase of global temperature to at most two degrees Celsius as compared to pre-industrial levels.  He hoped that the agreement, once reached, would enhance the international obligation of all signatory parties to make funds available for continued scientific monitoring of climate issues and the transfer of technology to developing countries.