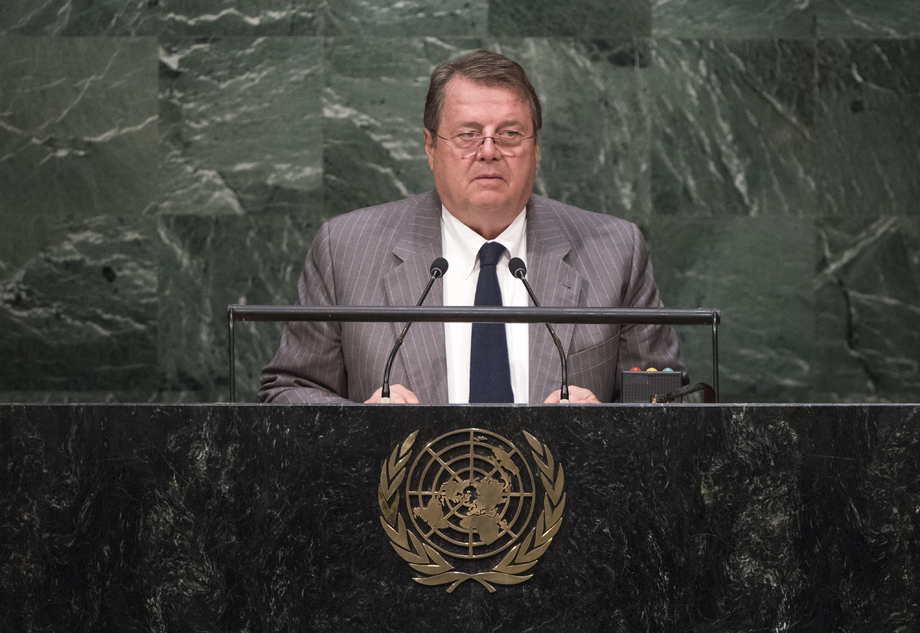 DANIEL D. BODINI (San Marino) said that, after 70 years, the United Nations had passed the test of time and continued to represent for all countries a “shining beacon of hope”.  With the help of the United Nations system, Member States had built foundations for peace by preventing and ending numerous disputes.  Despite its successes, the international community continued to face the challenges of war, poverty, inequality and discrimination along with new challenges such as climate change, economic crises, food insecurity, international migration and terrorism.  The world looked to the United Nations for leadership in addressing those issues.  Hence, it was fundamental to reform the Organization to make it more effective, while preserving its integrity and enhancing its status.  That needed to remain at the core of the world’s collective efforts during the seventieth session of the General Assembly.

San Marino was pleased with the recently held high-level meeting on migration.  Turning to the situation in Iraq and Syria, where ongoing inhuman ethnic and religious cleansing was being carried out with “unprecedented ferocity”, his country hoped that under the able stewardship of the Secretary-General’s Special Envoy for Syria, Staffan de Mistura, a diplomatic solution could be achieved in the not-too-distant future.  San Marino advocated for the reform of the Security Council to include the enlargement of non-permanent members and a more balanced geographical distribution.  His country welcomed the new Sustainable Development Agenda and commended the fact that the General Assembly and Economic and Social Council would assess the implementation of progress, adding that it was critical to produce a comprehensive and effective mechanism for review and accountability.