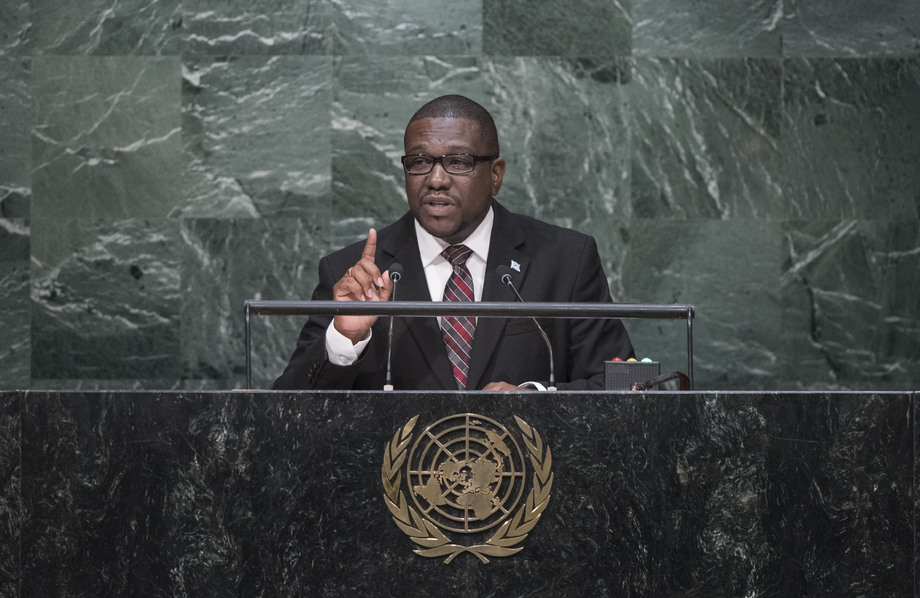 ALVA R. BAPTISTE, Minister for External Affairs, International Trade and Civil Aviation of Saint Lucia, said the Organization must continue to address the increasingly complex issues of human survival.  While geographically far from the migration crisis in Europe, the human suffering “burns our collective Caribbean heart”.  The right thing must be done in taking in those fleeing Iraq, Libya and Syria.  He commended the United States and Iran for working out a diplomatic solution to manage the nuclear threat, adding that it could lead to a reduction in tensions, as well as set the stage for working out a “rational” strategy to tackle the root causes of animosity.

A similar approach to the Israeli-Palestinian conflict should be taken, he said, reiterating his country’s recognition of the Statehood of Palestine and its full membership in the United Nations.  On the economic front, he questioned how small islands could succeed in the war on poverty if global policies systemically undermined them.  Climate change, erosion of trade preferences, decline in official development assistance, drop in foreign direct investment, and growing security costs associated with the small arms and illegal narcotic trades had led to increased borrowing to meet Saint Lucia’s obligations.

He expressed hope that the global agreements on disaster risk reduction, financing for development, and post-2015 development, as well as the upcoming climate change resolution would usher in prosperity.  Finally, he welcomed the diplomatic reconciliation between the United States and Cuba, expressing hope it would allow for a “full-scale reconciliation of hemispheric relations”. It removed unnecessary impediments to regional and hemispheric cooperation, allowing small countries, such as Saint Lucia, to initiate mutually beneficial plans in the Caribbean.