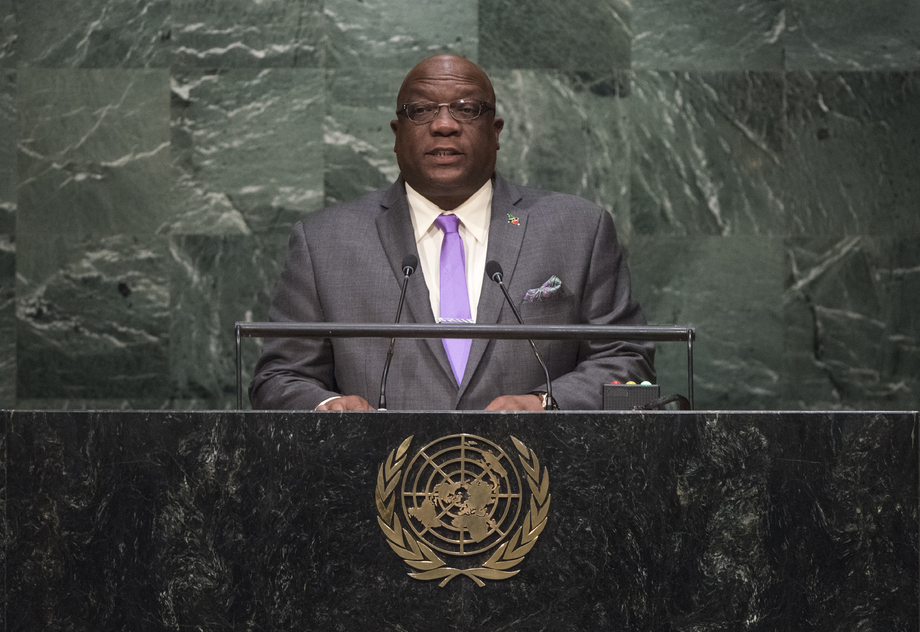 TIMOTHY S. HARRIS, Prime Minister of Saint Kitts and Nevis, said the well-being of small island developing States was threatened by acts of nature, such as devastating floods, sea-level rise, persistent drought, and coastal erosion, which had the capacity to undermine their economic growth and threaten food security.  Underscoring the unsettling challenge to their vital tourism industry and the devastating loss of entire coastal communities, he called on the world community to do more to help those States adapt and to also consider disaster response, recovery, and insurance for those efforts.

Noting the importance of access to global funding mechanisms, he said that for too long, small island developing States had been “hamstrung” by complex application procedures.  In that regard, he welcomed the Green Climate Fund board’s recent decision to aim for a floor of 50 per cent of the adaptation allocation for particularly vulnerable countries.  On renewable energy development, he said his country had emerged as a leader in the Caribbean.  By 2016, it would add waste to energy, and by 2018 would add geothermal energy on the island of Nevis.  It was also working diligently to reduce its dependence on fossil fuels and reduce its carbon footprint.  He also noted efforts made by his country to combat crime and violence, non-communicable diseases, and AIDS, and called for a stronger global response to these.  His country had benefited from partnerships with the “Republic of China (Taiwan)”, as well as from its PetroCaribe agreement with Venezuela