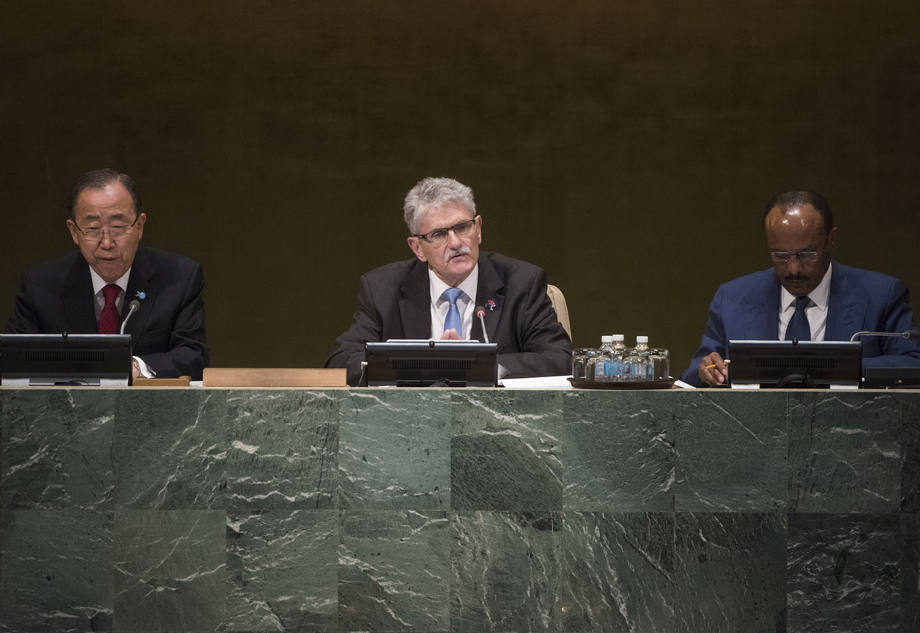 MOGENS LYKKETOFT (Denmark), President of the General Assembly, said the Assembly’s recent approval of the 2030 Agenda — “epic in its analysis and revolutionary in its ambition” — proved once again the universal relevance and value of the United Nations.  Now it faced the even more daunting task of transforming its vision into action.

Noting that the traditional growth model of the past could not be relied upon, he said inequality in income, wealth, access to resources and to quality education and health must be overcome.  Each and every person had a legitimate demand for a decent life.  However, as the number of people on the planet had tripled in the last 70 years, that demand must be met without further depleting the natural resources that the current generation would pass on to future ones.

People in developed countries could not continue to consume and produce in the manner to which they were accustomed, he said.  A sustainable global infrastructure over the next 15 years required trillions of dollars, he said, adding that least developed countries depended on rich countries’ longstanding commitments to provide development assistance.  Much stronger international cooperation was needed to ensure that rich companies and individuals no longer evaded payment in tax havens.  Underscoring that a huge share of investment must come from private sources, he said Governments must create a framework for markets that made green investments the obvious, safer and better investment for business and mankind.

Action was needed now, he urged, to bring an end to devastating conflicts and to start investing big in sustainable development.  Failure to do so could result in unmanageable and inescapable damage to the political, social, ecological and climate balance on the planet.  Failure to stop climate change would force further hundreds of millions of people away from their habitats, resulting in large-scale uncontrolled migrations that could destabilize societies and lead to further conflicts.

“We live in paradoxical and transformational times,” he said, adding that never before had such a large share of humanity enjoyed such a good life, yet never before had the world been at greater risk of fundamentally disrupting basic living conditions.  The follies of war and self-destruction had increased in the Middle East, in parts of Africa, and Europe, creating unfathomable humanitarian catastrophes and more refugees than at any time since the end of the Second World War.  Tensions between major Powers increased as did investments in all kinds of armaments.

He said that the United Nations must make an extraordinary effort to break all vicious circles and act in accordance with the 2030 Agenda, by recognizing the strong linkages between development, peace and security, and respect for human rights.  It must take specific actions to achieve progress in each of those areas, and that would be the central focus of the current Assembly session and his presidency.  The seventieth anniversary of the Organization must be a defining year to confirm and invigorate the universal values agreed in the Charter.