H.E. Mr. Mogens Lykketoft, President of the 70th session of the General Assembly 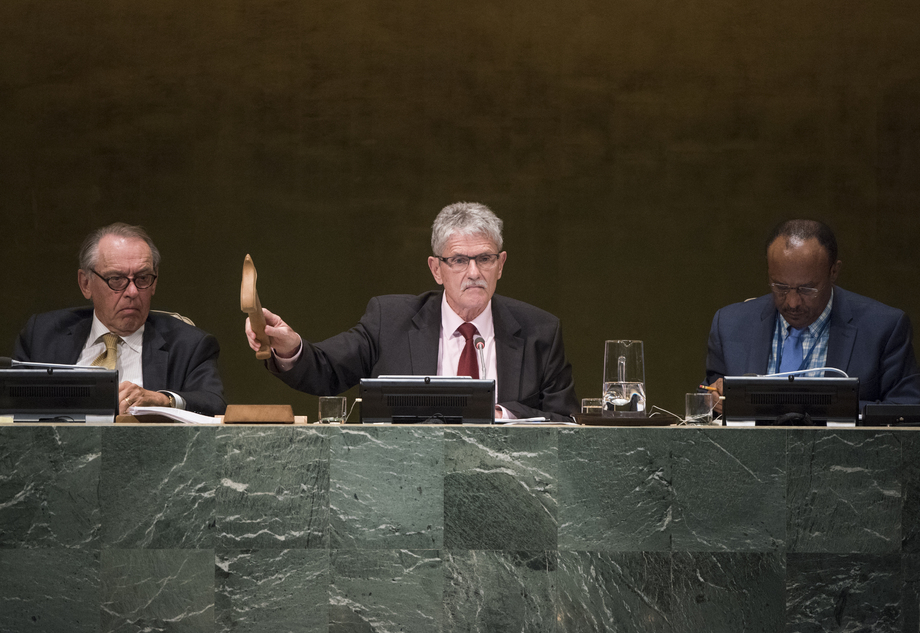 MOGENS LYKKETOFT (Denmark), President of the General Assembly, said the general debate had gathered the highest number of Heads of State and Government than ever before to discuss challenges and opportunities relating to global peace, security, development and human rights.  While celebrating the Organization’s seventieth anniversary, those leaders had reaffirmed the spirit and principles of the Charter and confirmed their faith in the central role of the United Nations in international cooperation.  It was also fitting that the general debate had been preceded by a meeting with Pope Francis and by the Sustainable Development Summit, where Member States had adopted the 2030 Agenda, “a truly seminal commitment by our community of nations”.  With the Summit focussing on sustainable development, the debate’s focus was on “the road ahead for peace and security and human rights”.

Recapping some of the major concerns raised, he said speakers had repeatedly stressed the need for a global response, rooted in international law and solidarity, to the crisis of refugees, displaced persons and migrants across the world.  With that in mind, he said that he would, when attending the World Bank Group and International Monetary Fund (IMF) annual meeting of finance ministers in Peru on 9 October, highlight financing needs for implementing the new Sustainable Development Goals and for responding to the ongoing humanitarian crisis.  Speakers had also highlighted the need for peaceful political solutions in Syria and in other parts of the Middle East, he said.

“The radical actions of ISIL, Boko Haram, Al-Shabaab and other extremist groups were unanimously denounced and rejected as an affront to our common humanity,” he said, noting that many delegates had recalled the importance of prevention as a key to preserving peace and stability and the need to address the root causes of conflict.  The growing role of regional and subregional organizations in safeguarding peace and security had also been highlighted, with many Member States addressing disarmament challenges, ranging from small arms and light weapons to nuclear non-proliferation.  In that regard, speakers widely recognized as a significant diplomatic achievement the agreement on the Iran nuclear programme and welcomed the re-establishment of diplomatic relations between the United States and Cuba.

Delegations had agreed on the pressing need to reach agreement at the Climate Conference in Paris.  Since the Summit had begun last week, 70 countries had submitted their intended national determined contributions, bringing the total number to 146.  Universal implementation of the Sustainable Development Goals was imperative, including the need for financing, technology and fighting corruption, he said.  On human rights, he noted remarks made on discrimination against different groups and the need for further progress in realizing the rights of women and girls.  Numerous interventions had stressed a pressing need for reform of the Security Council so that it would reflect today’s geopolitical realities, he said.