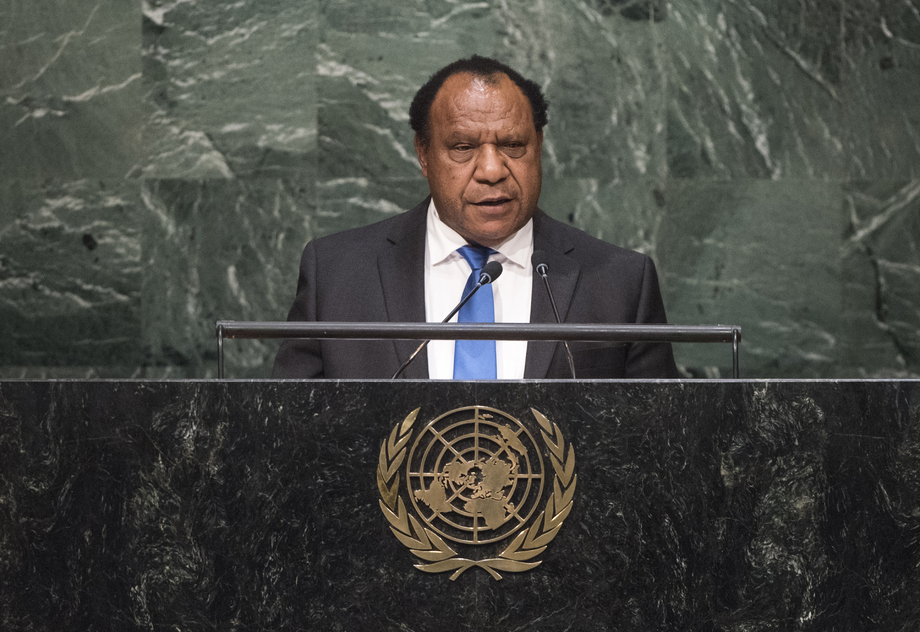 RIMBINK PATO, Minister for Foreign Affairs, Trade and Immigration of Papua New Guinea, said it took enabling national policies to achieve both the Millennium Development Goals and the Sustainable Development Goals.  Those policies addressed such areas as population control, access to water and sanitation, free basic health services and tuition-free education.  Thanks to the latter, an additional 2 million children had enrolled in school over the past two years.  The challenge for his country was now to translate rising economic growth into improved human development outcomes.  Around the world, threats to peace and security hindered the achievement of the 2030 Agenda.  Terrorism, if not adequately contained, could have further cross-border impacts, including in the Pacific island region.

Noting that the global refugee crisis had reached his country, he said Papua New Guinea was working closely with Australia by providing an asylum-seeker processing facility and working to finding lasting solutions to that global challenge.  He went on to address such issues as the illicit trade in small arms and light weapons, disaster risk reduction, and Security Council reform, which his country supported.  Papua New Guinea had contributed $100 million for 2014 to 2018 to support Pacific small island developing States in critical areas of development, such as good governance, education, health, capacity-building, climate change relief assistance and natural disaster reconstruction efforts.

Climate change posed imminent dangers with wide-ranging implications, including threats not only to human security, survival and development, but also to the entire global ecosystem.  His country’s Climate Change Management Act was possibly the first of its kind in the Pacific, providing for funding arrangements and actions by various sectors to mitigate emissions and adapt to climate change.  He looked forward to the upcoming Climate Change Conference in Paris, and hoped that a comprehensive and legally binding climate agreement would be adopted to succeed the Kyoto Protocol and set the schedules for the reduction of carbon emissions from both developed and developing countries.  The most imminent threat due to climate change-induced sea level rise was the forced displacement of populations, and the complete inundation and loss of sovereign territories of small island developing States, particularly in the Pacific.  Therefore, he called on the Council to deal decisively with the security implications of climate change.