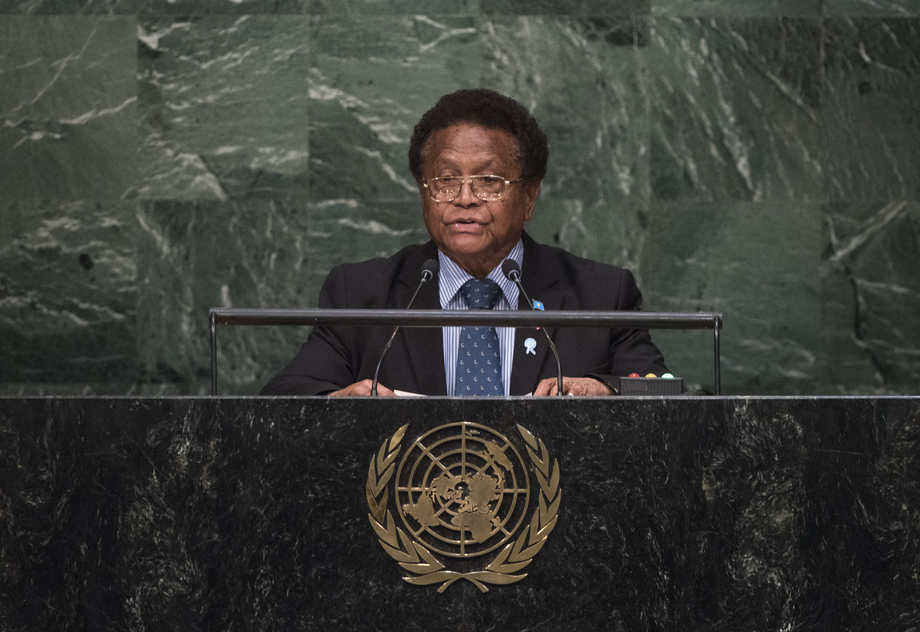 CALEB OTTO (Palau) said that while the challenges of violence and war, poverty and diseases alongside rising sea levels, wildfires and droughts caused by climate change were enormous, so was the resolve for the effective implementation of the new Sustainable Development Agenda.  Unfortunately, the Addis Ababa Action Agenda had failed to bridge the gap between grand speech-making and practical financial commitments, he said, adding that a more ambitious global partnership was needed.  To date, rich nations had fallen far short of the commitment to transfer 0.7 per cent of gross national income to ODA.

In addition, equitable access to technology was critical to sustainable development and would be the bedrock for aggressive action on climate change.  The implementation of the new Agenda required significantly greater means and mechanisms than recommended in Addis Ababa, he said.  Stressing the importance of partnerships, he thanked those that had set aside 10 per cent of the oceans as marine protected areas.  Expressing support for the expansion and reform of the Security Council, he also supported permanent membership for Japan.  “We urge the UN system to involve Taiwan in the process of implementing the 2030 Agenda for Sustainable Development,” he said.  He also noted Palau’s commitment to lower carbon emissions by 50 per cent by 2050 compared with 2005 levels.