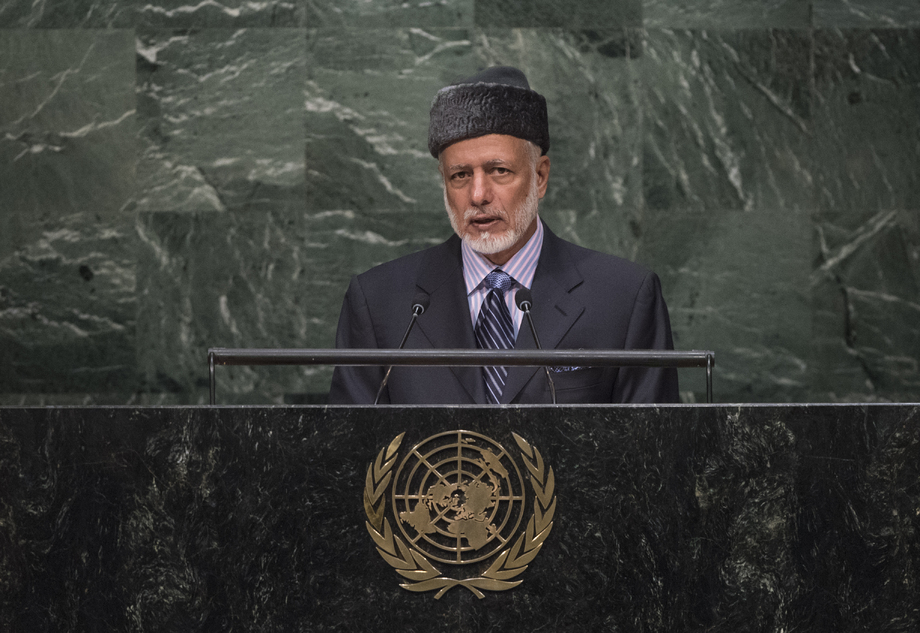 YOUSEF BIN AL-ALAWI BIN ABDULLA, Minister for Foreign Affairs of Oman, welcomed the agreement between China, France, Russian Federation, United Kingdom and the United States plus Germany (P5+1) and Iran and said it constituted a model for solving controversial and complicated issues on the basis of dialogue.  The symbolic gesture of raising the flag of the State of Palestine at United Nations Headquarters was a reminder of the tragedy of the Palestinian people.  Israelis and Palestinians needed to return to the negotiating table to achieve the vision of two independent States, securing the interests of both parties, based on the Arab Peace Initiative and relevant international resolutions.  He called on the Organization and the parties sponsoring the peace process to exert efforts to resolve the crisis, rather than merely manage it.  On Yemen, he said that political forces in that country should support the efforts of the Secretary-General’s Special Envoy to restore peace and condemned the targeting of diplomatic premises in Sana’a, calling on all parties to respect international law.

Noting the crisis in Syria had now entered its fifth year, he called upon all Syrian parties and neighbouring countries to support the Special Envoy there to restore security and stability and contribute to the eradication of terrorism.  He appealed for greater efforts to alleviate the humanitarian suffering of the Syrian people and emphasized the humanitarian programme of Oman to aid refugees.  He also stressed the importance of consolidating the three pillars of the Treaty on the Non-Proliferation of Nuclear Weapons (NPT) and called for full implementation of the resolution of the 1995 NPT Review Conference calling for a nuclear-free zone in the Middle East.  On development, he called on the international community to make the economy, commerce and the environment priorities, particularly international energy trade and the price of oil and its by-products.  He further looked forward to a balanced international programme resulting from the Parties to the United Nations Framework Convention on Climate Change.