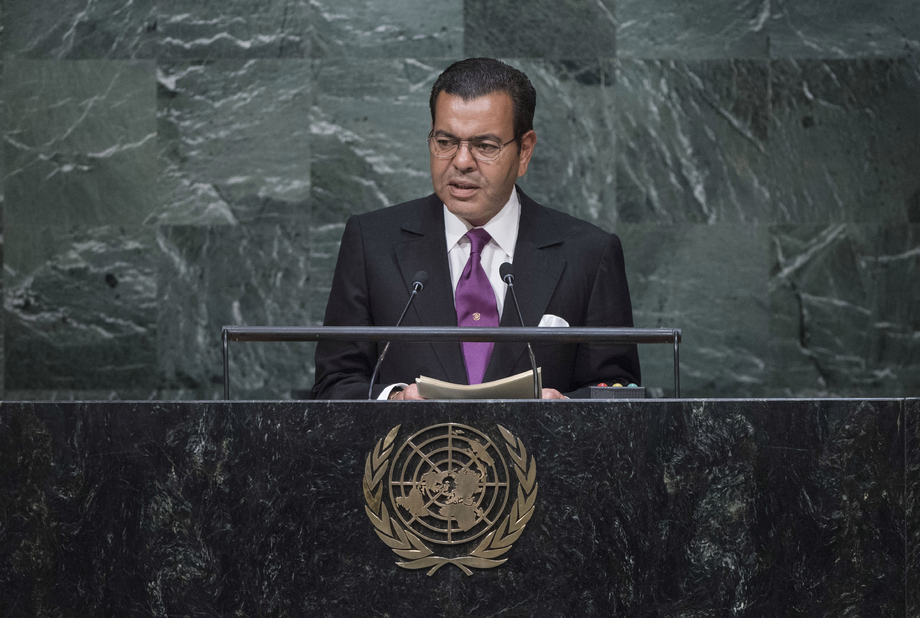 MOULAY RACHID, Prince of Morocco, said a review of the achievements made under the Millennium Development Goals indicated gaps between regions around the world and inside certain countries.  That occurrence, which tarnished the image of collective action within the United Nations, should induce stakeholders to address “malfunctions affecting international cooperation”.  The international community must not only accept global facts on the ground, but also avoid geopolitical calculations that imposed near-impossible conditions to access aid.  Regardless of the usual expressions of solidarity and the level of mobilization, he said the Ebola crisis demonstrated that international aid to affected countries remained insufficient and inaccessible.

Furthermore, he added, bureaucratic decisions and ready-made, non-credible technical reports would not help in achieving development that was sustainable.  Rather, to fulfil people’s aspirations and address their concerns, it was necessary to make an objective assessment of their living conditions and carry out work on the ground.  As a case in point, he said, the reality of Africa was much bleaker and far bitterer than reported by several governmental and non-governmental organizations.  Accordingly, the United Nations must place Africa at the heart of international development to unlock its potential.  He called on regional and international financial institutions to create an action plan for economic transformation in Africa and provide steady resources to fund it.  Without tangible international support, his continent would continue to experience glaring disparities between countries.

Finally, he said that his country’s commitment to address global issues had been reflected in its fight against climate change.  Since its participation in the 1992 Conference on Environment and Development Summit, Morocco had developed a national environmental policy that put in place solar and wind energy to cover 42 per cent of the country’s energy needs by 2020.  Additionally, his State had established an intended nationally determined contribution towards an equitable and solidary international environmental system.  As such, he proposed that Marrakech host the twenty-second Conference of the Parties to the United Nations Framework Convention on Climate Change.  He viewed the Paris and Marrakech Conferences as two complementary milestones in attempts to achieve a qualitative transition in climate change resistance, as well as avoid failures that resulted from poor stakeholder coordination and cooperation.