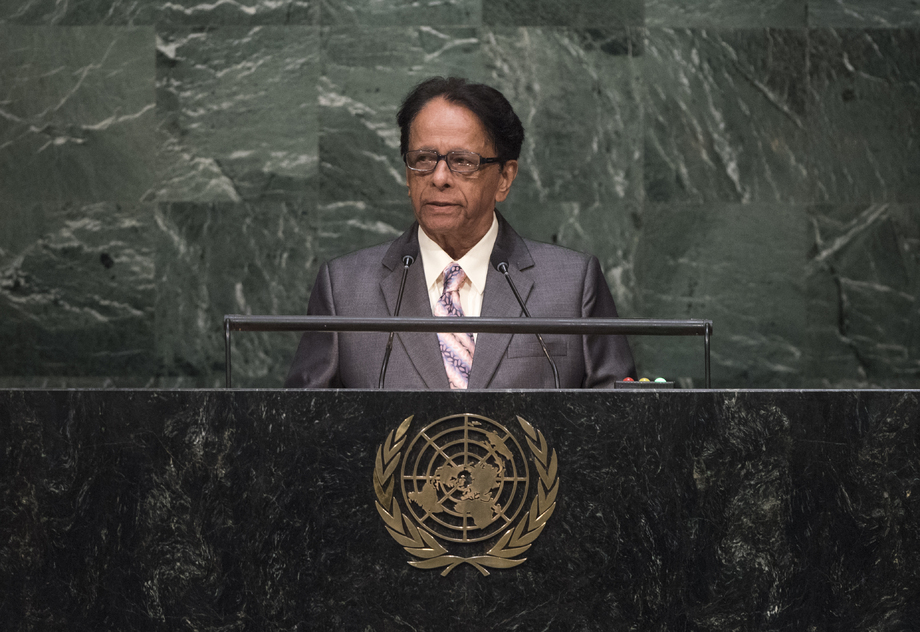 ANEROOD JUGNAUTH, Prime Minister of Mauritius, said that as a small island developing State vulnerable to natural hazards, it believed that the greatest future challenge to peace and security would be climate change.  Predictable financing and shared technology was necessary to address a collective threat, and Mauritius was pleased to host the Commonwealth Climate Finance Skills Hub, which would be launched at the Commonwealth Heads of Government Meeting in Malta.  Mauritius also was committed to good governance, transparency and the rule of law at all levels.  In June 2015, it had reaffirmed its commitment by signing the Organization for Economic Cooperation and Development (OECD) Multilateral Convention on Mutual Assistance on Tax Matters.  In March, it had hosted the Signature Ceremony for the United Nations Convention on Transparency in Treaty-based Investor-State Arbitration, otherwise known as the Mauritius Convention on Transparency.

He said that reform of the United Nations would make it more responsive to the needs of all Member States.  Comprehensive reform of the Security Council also was needed, and Africa’s legitimate aspiration for permanent representation should not be denied.  Small island developing States, which represented more than a quarter of United Nations membership, deserved representation on the Council; Mauritius also supported India’s aspiration for a permanent seat.  It was time to resolve the situation that prevented Mauritius from effectively exercising its sovereignty over the Chagos Archipelago and the Island of Tromelin, which formed an integral part of Mauritius territory.  That position had been supported by decisions of the Arbitral Tribunal against the United Kingdom, under the United Nations Convention on the Law of the Sea.  He also urged the United States Government, which was currently using Diego Garcia for defence purposes, to talk with Mauritius about the long-term interest of his country regarding the Chagos Archipelago.  His Government was committed to pursue all efforts in line with international law for the effective exercise by Mauritius of its sovereignty over the Chagos Archipelago, including further recourse to judicial or arbitral bodies.